I might as well wish they had wings, but I wish politicians worked on real problems rather than spending their time undermining the other party.

You may have learned by now that Senators Tom Coburn, M.D. and John McCain have issued a list of 100 projects funded by The American Recovery and Reinvestment Act that they claim are a waste of tax dollars.

The press release starts out this way:

(WASHINGTON, DC) - U.S. Senators Tom Coburn, M.D. (R-OK) and John McCain (R-AZ) today released a new oversight report: “Summertime Blues: 100 Stimulus Projects that Give Taxpayers the Blues.” The report, a third in a series, highlights questionable stimulus projects that are wasteful, mismanaged, and overall unsuccessful in creating jobs. The projects featured in the report cannot be considered as an investment in long-term priorities to create and sustain economic growth that the Stimulus was designed to do.

Kudos to them for doing so, but their motivation seems more political than anything else. Their goal seems to be an undermining of the democrats. If their motivations were genuinely focused on improving government decision-making and oversight, they could very easily have written a somewhat similar report anytime since they were originally elected.

The report doesn’t explain why they chose this infinitesimally tiny sliver of boondoggles to showcase. One hundred studies out of what must be hundreds of thousands of projects doesn’t really seem like much of a failure of oversight. I think they could have found many thousands more if they had taken the time to look or were a little better informed. If only they had looked a little more carefully at the National Institute’s of Health’s public welfare recipients, the research universities, they could have produced an encyclopedia of wasted tax money.

They did though call attention to five NIH studies, which I have listed below. These are copied and pasted here along with the associated references. In the original document, the links were not active, and I haven’t taken the time to fix them. But they are here if you choose to look them up.

[The entry for Project 28, below, has the accompanying picture of an apparently frightened chimpanzee associated with it. I suspect the actual authors don’t know the difference between apes and monkeys.] 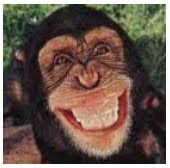 Researchers at Wake Forest University think that, in at least one case, it is good to monkey around with stimulus dollars. The Department of Health and Human Services has sent $144,541 to the Winston-Salem college to see how monkeys react under the influence of cocaine. The project, titled “Effect of Cocaine Self-Administration on Metabotropic Glutamate Systems,” would have the monkeys self-administer the drugs while researchers monitor and study their glutamate levels. 224 When asked how studying drug-crazed primates would improve the national economy, a Wake Forest University Medical School Spokesman said, “It's actually the continuation of a job that might not still be there if it hadn't been for the stimulus funding. And it’s a good job.” He added, “It’s also very worthwhile research.”225
224 Recovery.Gov, Grants – Award Summary, “Wake Forest University,” Award Number 1R03DA026590-01A1,
http://www.recovery.gov/Transparency/RecipientReportedData/pages/RecipientProjectSummary508.aspx?AwardI
dSur=8352&AwardType=Grants
225 Niolet, Benjamin, “Stimulus Funds Pay for Monkey Research in NC,” McClatchy, March 8, 2010,
http://www.mcclatchydc.com/2010/03/08/89974/stimulus-funds-pay-for-monkey.html?storylink=addthis.

Project 69, like Project 93 just below it, is an example of using public funds to convince the public that using public funds for animal-based research is justified. In other words, propaganda. You are being taxed to pay for a program to convince journalists to write nice things about questionable research. Wake Forest University is particularly well known in certain circles for its addiction research with monkeys and rats. There are currently 29 ongoing publicly-funded projects on addiction in animals there, costing taxpayers about $10 million a year.

69. Addiction Studies Program for Journalists (Winston-Salem, NC) - $266,505
Wake Forest University is using $266,505 in stimulus funds to continue its annual science education workshops for reporters.444 “These workshops employ an interactive, problem-based format that engages the skills and knowledge of working journalists. Participants will have ample time to interact with program faculty — internationally known scientists, teachers of journalism, award-winning journalists from the print and broadcast media, and others who have made important contributions to the drug-abuse field.”445
444 Recovery.gov, Grants – Award Summary, “Wake Forest University,” Award Number 2R25DA01271811,
http://origins.recovery.gov/Transparency/RecipientReportedData/pages/RecipientProjectSummary508.aspx?Award
IdSur=20213&AwardType=Grants.
445 Website of the Addiction Studies Program, http://www.addictionstudies.org/inag-workshop.html, accessed July 25, 2010.

Project 93 should remove any doubt about the National Institutes of Health’s primary motivation.

This all got me to wondering about the total cost to taxpayers for the animal-based projects funded by the stimulus bill at the University of Wisconsin-Madison.

It turns out that stimulus dollars went to 174 projects and that 81 of them, more or less (sometimes it is a little tricky to determine) were animal-based.

These projects generally amount to a waste of public dollars if the goal is the improvement in treating or preventing human diseases and other maladies. This claim is science-based. Claims to the contrary are faith-based or anecdotal.

The few published meta-analyses and systematic reviews of animal-based research’s contribution to improvements in human health care have uniformly reported that there is a wide disconnect between animal-based research findings and patient care. The reasons suggested for this have included poor research design, a failure to avoid bias, a lack of standardization between labs (something that is an accepted norm in human-based studies), and the inherent confounds associated with the biological differences between species. In the jargon of the industry, animal studies have a dismal translation rate.

Evolution and translation of research findings: from bench to where? Ioannidis JP. PLoS Clin Trials. 2006.

The fact that there are few similarly well-designed studies making contrary claims about the results of the animal-based research enterprise is suggestive. This absence of science-based proof that animal studies produce benefit is unlikely to be the result of no one trying to prove that the animal studies are productive. More likely, the people who have attempted to do so have been embarrassed into silence by their results.

A larger more insidious problem is that those receiving public funding to conduct the studies have zero interest in looking critically at their results. That is, there is a strong bias to maintain the status quo no matter how much pain and suffering the animals experience and no matter how little it helps humans. The house mortgage must be paid.

Below are the approximately 81 out of the 174 projects at UW-Madison funded by the stimulus bill. Given what we know about the unlikelihood of them doing any good, most could have been included in Coburn and McCain’s list.

5R21MH086014-02
[F-18]MEFWAY PET TO MEASURE 5-HT1A RECEPTORS IN GENE X ENVIRONMENT INTERACTIONS [in rhesus monkeys]
CHRISTIAN, BRADLEY
$218,870
“In this proposal, our goal is to use PET imaging of the serotonin system in the nonhuman primate model to study the effects of prenatal stress on the serotonin 5HT1A receptor. Particularly, to examine if carriers with a short variation of the gene for encoding the serotonin transporter are more profoundly affected by prenatal stress than those with long gene variation.”

3R01HD057064-01A2S1
GESTATIONAL STRESS AND IMPAIRED IRON HOMEOSTASIS IN THE YOUNG [rhesus monkey] INFANT
COE, CHRISTOPHER L.
$141,834
[Chris Coe has stated that he opposes the creation of a citizens’ panel to consider the treatment of monkeys at the university and the ethics of primate experimentation.]

3R21HD053925-02S1
A PRIMATE IN VITRO IMPLANTATION MODEL
GOLOS, THADDEUS G
$149,558
[Ted Golos has stated that he opposes the creation of a citizens’ panel to consider the treatment of monkeys at the university and the ethics of primate experimentation.]

1RC1DK086831-01
METAGENETIC ANALYSIS OF MICROBIAL COMMUNITY BEHAVIOR [in the gut of the in the moth, the tobacco hornworm]
HANDELSMAN, JO E
$475,105

3R24RR021745-04S1
IMMUNOGENETICS OF PRIMATES USED FOR BIOTERROR RESEARCH
OCONNOR, DAVID H
$79,923
[David O’Connor has stated that he opposes the creation of a citizens’ panel to consider the treatment of monkeys at the university and the ethics of primate experimentation.]

3R01DC003693-06S1
MULTISENSORY PROCESSING IN THE BEHAVING PREPARATION [a euphemism for an animal surgically implanted with instruments or experimentally mutilated, in this case rhesus monkeys]
POPULIN, LUIS C
$140,521