"...an unbearable kind of suffering."

After listening to about an hour of discussion concerning the housing and biocontainment methods required for nonhuman primates used in bio-safety level 4 (BSL-4) laboratories, the University of Wisconsin-Madison representative on the committee, Norm Fost, offered a comment. No one on the committee or any of the representatives from institutions with these high-containment laboratories using monkeys responded to him. But what could they have said? (Stick BSL-4 in the search window above for many essays and links concerning biosafety in these labs.)

Norm Fost is a Professor Emeritus, Pediatrics and Bioethics.

A video of the meeting is available here: https://videocast.nih.gov/summary.asp?Live=14300&bhcp=1 The discussion about monkeys begins at about 4:00:00; Fost's comments at about 5:00:00. This is my transcription of his oral comments, any errors are mine.

I apologize if anything I say offends any of the many investigators and lab personnel and others who I know care deeply about these animals and obviously about the scientific importance of the research, but I must say all of this I find very troubling.

In fact its a reason it's a preferred method of torture because it constitutes an unbearable kind of suffering.

It's been well established for 40 years that the way monkeys experience this kind of deprivation, isolation and so on is indistinguishable from humans. That is, any measures you can make: hormonal, behavioral, long-term psychosocial and behavioral problems, it's not possible to discriminate any difference in the way monkeys respond to these sorts of things from the way humans [do]. That's why they are such fabulous animals if you're studying at least psycho-scocial responses to stress and deprivation you can draw conclusions about interventions that would be highly likely to be replicable in humans, unlike rats or mice or other kinds of animals.

So, if we would never do this to a human, and we wouldn't say its justified by the enormous amount of benefit that would come out of it, its hard to come up with a reason for doing it to primates other than just sheer speciesism, just that we can do it, we have the power to do it.

So, this discussion about big cages versus small cages or big rooms versus little rooms is beside the point.

I find the whole enterprise very troubling, with complete respect for the dedication of the people who are doing this for very admirable reasons and for the benefits that hopefully come out of it. 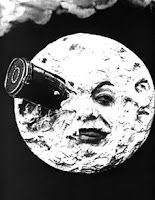 An April 4, 2016 news release from the National Institutes of Health (NIH) was titled: "Blue Ribbon Panel Announced to Help Guide Vice President Biden’s National Cancer Moonshot Initiative." It seems inevitable that their eventual recommendation will be dressed up with lots of words and will be widely ballyhooed when it is published, projected to be sometime in December 2016.

The ballyhoo has already begun with universities announcing the inclusion of their experts on the panel.

Distilled, it will be easy to understand: "Give us more money."

The Moonshot will apparently add an additional $1 billion to the cancer research public expenditure.

The National Cancer Institute's allocation in the 2016 Consolidated Appropriations Act is already $5.21 billion, an increase of $260.5 million over fiscal year 2015. Oddly, the NIH also reports that NCI is currently providing $7,215,203,202 in funding for 9,759 projects. NCI is the largest agency in the NIH, in terms of number of funded projects and expenditures.

The Chair and Co-Chair's research suggests that the Blue Ribbon Panel's recommendations are unlikely to deviate from the current norm; the biases inherent in normal science will guide the panel and probably led to the selection of the members.

The Chair is Tyler Jacks. His lab's webpage explains: "The Jacks Lab is interested in the genetic events contributing to the development of cancer. The focus of our research has been a series of mouse strains engineered to carry mutations in genes known to be involved in human cancer. We also study the effects of these mutations on normal embryonic development and use cells derived from mutant animals to study the function of these genes in cell culture models." Just more of the same dead-end lunacy.

The Co-Chair is Elizabeth Marion Jaffee. She has argued that what are needed are cancer vaccines and has already identified the sort of work that she will probably recommend for more funding, the majority of which use mouse models. 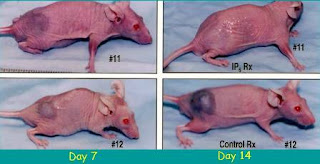 It appears that about a third of NCI's 9,759 funded projects involve vertebrate animals including 3,053 projects already involving the use of mice.

The use of the term moonshot was unfortunate. Vice President Biden explained it this way:


Fifty-five years ago, President John F. Kennedy stood before a joint session of Congress and said, “I believe we should go to the moon.”

It was a call to humankind.

And it inspired a generation of Americans — my generation — in pursuit of science and innovation, where they literally pushed the boundaries of what was possible.

This is our moonshot.

I know that we can help solidify a genuine global commitment to end cancer as we know it today — and inspire a new generation of scientists to pursue new discoveries and the bounds of human endeavor. [Italics in original]

The use of the term moonshot is unfortunate because it suggests that ending cancer is possible if we just commit enough resources to the problem; after all, it was just such a commitment that got us to the moon. But the two problems are not at all the same. Getting to the moon was essentially a technical problem while ending cancer is a scientific problem. Science and technology are not synonyms.

Science and technology frequently inform and contribute to advances in the other endeavor and there is much overlap. Better microscopes led to an increased appreciation and study of a previously unimagined part of nature. Technological advances are often the result of scientific discoveries like x-rays. But before the accidental discovery that the rays could pass through our bodies, no one imagined it ahead of time. The possibility was outside the paradigm. Prior to the discovery, no amount of money would have led to the development of x-ray machines.

There has been much written over the years about the lack of progress that has resulted from the use of animal models of cancer. Many voices have come from within the research community. Irwin D J Bross, head of research design and analysis at the Sloan Kettering Cancer Institute was consistent in his criticisms. Dr. Richard Klausner, director of the National Cancer Institute, famously told a Congressional committee that: "The history of cancer research has been a history of curing cancer in the mouse. We have cured mice of cancer for decades--and it simply didn't work in humans." Here's a list germane quotations. 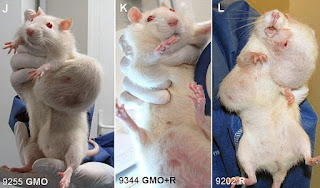 All the money in the world will not lead to the end of cancer because the dominant paradigm leads to researchers being paid to keep doing more of the same. A huge industry rests firmly on the flow of money from the federal government to keep creating animal models of cancer. Huckleberry Finn told Tom Sawyer that the best way to get rid of warts was to take a dead cat to a graveyard where someone wicked was buried, wait until midnight for the devil to come, and then to throw the cat at the devil while saying, "Devil follow corpse, cat follow devil, warts follow, cat, I'm done with ye!" Neither method is efficacious.