The Capacity to Suffer

Steven Wise, of the Nonhuman Rights Project, has just had an important piece published in the April 28, 2015 on-line edition of Foreign Affairs magazine, "Animal Rights, Animal Wrongs: The Case for Nonhuman Personhood." I believe his specific argument will eventually prevail; I pray the day soon comes when other animals are finally granted some basic legal rights; when they are, the work of the Nonhuman Rights Project will prove to have been a highly significant contributor to the advancement.

I think Wise's claims about the animals commonly pointed to as deserving basic legal rights are on solid ground. I think though that he errs when he talks about all animals being located along a continuum of mental capacity and awareness along which "a primitive level of consciousness and sentience kicks in."

There is no continuum of mental capacity.

Mental capacity varies between species and individuals. One can clumsily rank order individuals' mental capacity, but the results tell us little. Generally speaking, humans are smarter than other species, but this is a coincidence, not evidence of a continuum. Claims to the contrary are just new iterations of divine order or the Great Chain of Being.

The notion of a continuum of mental capacity is contrary to evolution and the resulting speciezation. There is no "advancement" or "progress," there is only change over time. In pre-Darwinian science, scientists thought they could see a step-wise progression and advancement in animal species; they were wrong. Instead of a linear ever-upward progression, there has been continual branching; every extant species has a evolutionary history that stretches back through time to the original progenitor microorganism. An amoeba is just as "advanced" as you and me; we just have different characteristics and capacities.

The capacity to suffer is not dependent on mental capacity.

The capacity to suffer is dependent on the existence of a mind, but not on intelligence. This is the largely unrecognized foundation of all concern for others. Most of those who care about others know this, but I've not met many people who know that they know it.

If it were otherwise, we would relate to others much differently than we do. If I believed that capacity to suffer was dependent on intelligence, I would be less concerned, I would be less bothered, less worried about someone who isn't as smart as someone else. I'm not; and I don't know others who are either. If the capacity to suffer was in some step-wise-like way dependent on intelligence, then a genius with toothache would suffer more than someone of average intelligence with a toothache. 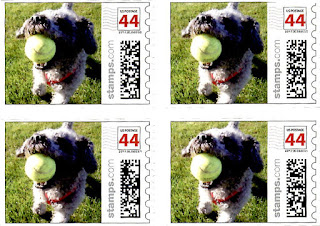 I spent part of my teaching career working with cognitively handicapped students. Their smiles and tears seemed as deeply felt as the smiles and tears of my other students. Mickey, a designer puppy-mill produced dog seems to have a much greater capacity for joy than I have; he is much more prone to worry or be anxious. I see no evidence whatsoever of intelligence having a significant impact on a being's capacity to suffer or experience other emotions. I suspect that the emotions experienced by members of different species vary. It is unlikely that the entire gamut of emotions is experienced by humans.

The claim that some animals have some (only) "primitive" consciousness is simple speculation. One of my favorite quotes concerning consciousness comes from Sam Harris in The End of Faith (2005): "The fact that the universe is illuminated where you stand, the fact that your thoughts and moods and sensations have a qualitative character, is an absolute mystery."

It is possible that the behavior of the animals commonly claimed to have no consciousness is some mindless, yet-to-be teased apart chemical chain-reaction, but it is more parsimonious to imagine that an earthworm, for instance, recoils when touched because she/he experiences being touched.

There is no such thing as primitive water or primitive gravitational attraction. Water is an emergent phenomena that occurs when free hydrogen and oxygen are mixed in the presence of sufficient heat. When conditions are right, consciousness occurs. But we don't know what those conditions are or what consciousness is. It is wild speculation to posit its absence in organisms that behave as if they may be conscious.

Wise's argument regarding an organism's lack of capacity for suffering is an appeal to authority rather than a citation of repeatable observation. He says, "At one end of this spectrum of mental capacity and awareness are animals such as sponges, jellyfish, and sea anemones that scientists believe are unlikely to be conscious or have an ability to feel pain or suffer."

But scientists have a miserable track record when it comes to characterizing the subjective experiences and capacities of others. Only recently has it been acknowledged as a reasonable possibility by biologists that other animals have minds, emotions, and can suffer. They are just emerging from the dogma of behaviorism.

I've written previously about the tendency to readily discount the likelihood that those so unlike us can be similar to us in ways that have ethical weight. See: "Slime molds and mind," 9/8/2008; and "Invertebrates," 3/13/2011.

I pray the day soon comes that some animals are finally granted some basic legal rights; when they are, the work of the Nonhuman Rights Project will prove to have been a highly significant contributor to the advancement. I wish though that they would not build walls around the harms we do to others; those walls will eventually be used to defend our harm to other sentient beings.