Press release from the Society of Biological Psychiatry:

Attacks Against Medical Researchers: Time to Take a Stand

Philadelphia, PA, March 31, 2008 – Biological Psychiatry, in its upcoming April 15th issue, is publishing a critically important commentary written by its Editors and members of its Editorial Committee and Editorial Board. This commentary is an urgent public statement, highlighting the increasing problem of terrorist acts against investigators conducting research in non-human primates in the United States. Collectively, the 87 authors wish to not only declare their stance against these terrible acts, but also to emphasize the unique and vital role that non-human primate research plays in furthering our understanding of the neurobiology and treatment of psychiatric disorders.

Attacks on these scientists are growing in number and intensity, with recent events having occurred at private residences and even against researchers’ family members, beyond the relative protection of university or institutional campuses. The authors of this Biological Psychiatry commentary unequivocally state their support for their colleagues in neuroscience research, and bring this issue into the forefront of public awareness.

Biological Psychiatry has provided access to this commentary free of charge on their website, [here, a .pdf, or here.]

It's worth noting that one of the "authors" of this defense of torture is Richard J. Davidson, himself a primate vivisector who speaks in public regularly and "promotes" kindness and compassion for all beings. He never volunteers information on his research into the neurobiology of fear and his invasive brain experiments using monkeys.

Also worth noting is the real reason for publishing this defense of torture: "we might help to ensure that these attacks upon scientists do not [stimulate] institutions to adopt overly burdensome administrative practices." 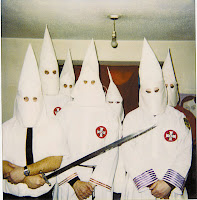 These people are all cowards who refuse to address the issue of primate vivisection openly in public in detail. They are morally adrift, refusing to address the implications of the body of evidence of mind and emotion in these and other animals. Their position boils down to one of bald old-time bigotry.
at 4:45 PM

Alf I applaud you. No amt. of begging will stop these cruel morons from experimenting on animals. They actually enjoy the pain and suffering. No innocent creature deserves this. You are the only ones who act for those whose lives are made a living hell. I wish you all well and safe and again - fantastic going!!!!!!

I am all for justice in stopping the murdering and uneccesary torure to any animal! I do ask, that all caution and vigilence be used towards the offenders' families. When making any motions for fascilitating actions of justice, don't forget to respect the innocents of their crimes, like children or spouses. Like we are to protect our innocents, the animals.

Thank you for all your caring and risking of your own lives, for the wonderful act of love being shown in liberating these precious animals!

Robert Palazzo, president of Maryland-based Federation of American Societies for Experimental Biologies, says, "There has been *surprisingly little outrage* over the tactics of these extreme animal rights activists."

"There has been *surprisingly little outrage* over the tactics of these extreme animal rights activists," said Robert Palazzo, president of the Maryland-based Federation of American Societies for Experimental Biology.

It amazes me how quickly they scream foul when ALF attacks. We have written letters, signed petitions and our constitutional rights continue to be ignored due to greed, dirty politicians, big corporate American and of course the Universities who are a powerhouse in themselves. I applaud the brave souls of ALF for their selfless actions to bring attention to the horrible secrets these people try to hide. Sad but true, the poor animals plight never gets press time until ALF acts. I thank God for them & their stand to stop animal's suffering.
Kathy