At the July 8, 2010 meeting of the Dane County Board of Supervisor’s Executive Committee meeting (see: County panel's inaction puts monkey research plan in limbo. Cap Times), attendees were again entertained by the uninformed assertions of Dr. David O’Connor, a primate vivisector who studies Asian monkeys experimentally infected with an endemic disease of African monkeys, all the while claiming that he is studying a different disease (HIV) in an altogether different species (humans.)

This time he brought along a sidekick who was enamored with a certain claim made by O’Connor regarding a report that they both claimed to be slam-dunk proof that nothing positive or even different could possibly result from a county-sanctioned citizens’ committee looking into the ethics of experimenting on monkeys. (Resolution 35. See www.MonkeysInDane.info)

O’Connor went on at length about the absolute non-biased nature of the report. His sidekick (Thomas Friedrich, I believe), made the strange claim that he had never heard of the report, but then accused the resolution’s supporters in the audience of being uninformed. Apparently, this "proof" that primate experimentation is ethical had been unknown to either of them, but they felt everyone else should have known about it.

O’Connor and Friedrich should have done a little homework. 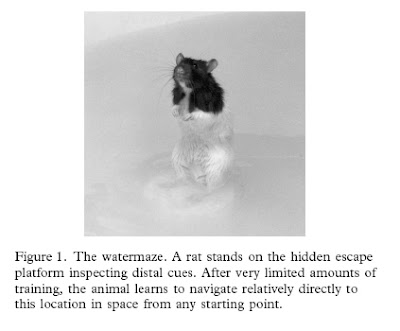 The report they referred to as the “Weatherall Report” is “The use of non-human primates in research: A working group report chaired by Sir David Weatherall FRS FmedSci.

You can read the report at your leisure here.

It is absolutely true that the report endorses experiments on monkeys. But it is far from true that the authors were not biased even if, as O’Connor repeated a couple of times, the authors do not themselves use monkeys.

One of the authors of the report is:

I was shocked to discover that Richard Morris is the Morris of the infamous Morris Watermaze. You can visit his university webpage here.

In my opinion, someone who has made his living and has achieved some fame by damaging rodents’ brains and watching them swim around trying desperately to find a way to avoid drowning, is not a reasonable choice if one hopes to get a non-biased opinion on the ethics of experiments on animals, any animal – monkey, dog, or rat.

The absolute fact that two UW-Madison primate vivisectors either didn’t know what they were talking about, or were too lazy to actually give the matter any real thought or even cursory investigation, or else were simply posturing and perhaps even lying (though I doubt that either one of them took even a moment to look at anything other than the report’s conclusions), is yet more evidence that university representatives should never be believed when they say anything in regard to the use of animals.

But that's not all. O'Connor also claimed that the report was reviewed by another group of also unbiased experts, a sort of jury who looked at the original report, and apparently gave it their blessing.

One of the members of that group (view them here) was Professor Torsten Wiesel. Torsten Wiesel! (OK, like O'Connor, you don't know who he is; but O'Connor claims to be an expert in animal experimentation. And remember, he was absolutely clear that a citizens' panel would have to come to the same conclusions as the so-called Weatherall report.)

Torsten Wiesel shared the 1981 Nobel Prize in Physiology or Medicine with David H. Hubel. Among other things, they blinded kittens in one eye and experimented on their brains.

We had the feeling of being in a rich orchard, with lots of fruit ready to pluck. We recorded from the monkey optic nerve, because no one had yet looked at the behaviour of ganglion cells in a primate.

One of the most satisfying studies in the 60s was the work we did in the monkey lateral geniculate body.... Had we had the sense and will-power we would have gone back to 17 and checked there, and it was not till 1968 that we finally discovered hypercomplex cells in area 17 of macaque monkey. This motivated us to revisit cat cortex, where we did indeed find them, though they were less common than in macaques.

On first recording from monkey striate cortex, some time in the early 60s, what surprised us most were not the differences between monkey and cat, but the similarities. We saw all the receptive field varieties that we had found in the cat (simple, complex, etc.), and only when we looked more closely did any species differences appear. With smaller fields and more precisely defined orientation selectivity, we had the impression of dealing with a Rolls Royce rather than a Volkswagen. We were certainly pleased at this result, since it suggested that our work probably applied also to humans, given that we are far closer to monkeys than monkeys are to cats.