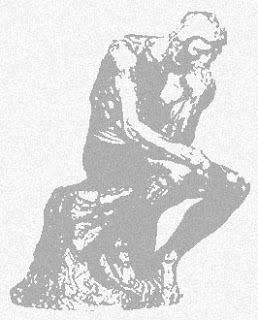 I like thought experiments. During the build up to our invasion of Iraq under the pretext of destroying Saddam’s weapons of mass destruction, I wondered what the administration would be doing if in fact it knew that Saddam had WMDs and knew where they were. When they didn’t do any of the things I imagined that I would have done if I were them and had had the knowledge they claimed to have had, I surmised that they were lying weeks before the invasion.

Let’s do another thought experiment.

How would vivisectors behave if they were compassionate and honest and really cared about animals (even if they cared for humans more) and wished that they did not have to do unsavory things to them?

This is what they claim about themselves, or at least what the industry and the industry’s front groups claim. For instance, the Research Defense Society (a UK-based industry group) says:

Researchers are concerned about the welfare of the animals that they study and this concern is both humane and scientific. Scientists are at least as caring as other people and, like anyone else, often have pets of their own. They have no reason to mistreat research animals and good reason for treating them well, because the use of unhealthy, stressed or frightened animals would reduce the reliability of an experiments results.[sic] Researchers make sure that their animals are well fed, well housed and kept free of infections and other illnesses.

The Wellcome Trust (a UK-based research foundation) says, in a short article about the use of mice in studies in funds on deafness, that:

The scientists undertaking this research ... would prefer not to have to use animals at all, but there are currently no in vitro alternatives to the use of a living animal for studying the development and function of the ear. Although some electrophysiology can be carried out directly in humans, and cell culture systems can be used for specific investigations, such approaches have a limited value in terms of understanding how the auditory system functions, and how deafness arises, in the body. However, through good experimental design and improved laboratory techniques that gather as much information as possible from each animal, the number of mice used is minimised. The researchers have also taken a keen interest in improving the welfare of the mice, enriching their environment with play tunnels, for example.

So, let's proceed with a thought experiment and ask ourselves -- if the claims were true -- how would vivisectors behave?

1. Colleagues (and institutions) discovered to be violating animal welfare laws would be forced out of the profession, or at least lose their access to animals.

2. Oversight would be fastidious. Oversight committee members would visit labs frequenyly to assure strict compliance with all regulations.

3. Investigators and institutions would routinely exceed the minimum standards of care set forth in federal guidelines.

4. Researchers would be very anxious to explain to the public what they do to animals in their studies, how they go about making sure that the animals suffer as little as possible, and why they believe there studies are justified.

5. Oversight committees would be turning down proposed studies with regularity.

Not one of my suppositions describes the industry's actual behavior. The opposite is true is essentially every case.

1. If researchers respect animals and take seriously the laws governing their use, they would not tolerate misuse and violations by their co-workers. But violations and misuse seldom result in serious sanctions. Here's a current test case.

2. Oversight is lax, especially internal peer oversight. A current example is Ei Terasawa at the University of Wisconsin. She had been keeping monkeys chair-restrained for four and a half days at a time while she "pushed and pulled" chemicals deeply into and out of their brains. She had been doing this for almost two decades. Typical IACUCs inspect labs only seldomly, and never frequently.

3. Rather than exceeding the federal minimum standards for care and housing of animals, most meet only the mimimum standards. Single housing of monkeys in labs is common because its convenient. Individual vivisectors complain reqularly about even the minimal local oversight. The most extreme deprivations and violations are frequently the result of an individual investigator's lab's attitude about the animals it uses.

5. Very few if any protocols are not approved. Essentially every proposal is approved.

If researchers were really engaged in service to humanity, what evidence might we expect to see?

The evidence strongly suggests that the industry is made up of individuals motivated by greed, who are desperate to keep the the public from knowing what is actually going on in the labs, who hide from the light of day, who lie, and who treat animals miserably.

All-in-all this thought experiment suggests that the industry isn't worthy of one iota of public support.
at 3:21 PM