Up is Down, or Happy Lab Rats

It seems to be a law of human nature that whenever someone or some group is routinely doing something evil, and the public learns of it, the person or group denies it and is compelled to dress it up in a way that is nearly or even exactly the opposite of reality.

The propaganda from people and organizations whose incomes rest squarely on hurting and killing animals in the name of $cience are examples of this phenomena. For as long as I have been reading about the use of animals in science, people like me have have been pointing to the terrible things occurring in the labs, while the people working in or in support of the labs have been claiming that the people hurting and killing the animals care about them and respect them.

Most of the images above come from a somewhat new website created by the not-so-new Americans for Medical Progress, whose name is an Orwellian twist on the group's actual work and goal which is clearly the defense and promotion of vivisection.

This strategy isn't new. Not at all.

As criticism of slavery in the South escalated, pro-slavery propaganda made absurd claims about how much slave owners cared for their slaves and how very happy they were. 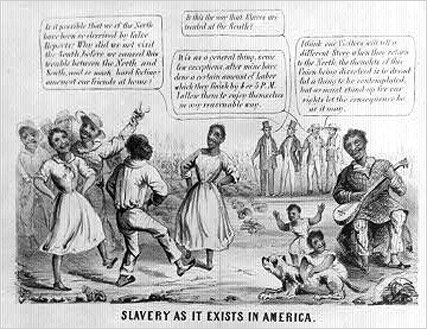 The National Holocaust Memorial Museum explains that in response to growing international awareness of Nazi atrocities, that the Red Cross was allowed to visit the Theresienstadt ghetto in Czechoslovakia.

"Elaborate measures were taken to disguise conditions in the ghetto and to portray an atmosphere of normalcy. This footage, showing an orchestral performance, is part of a German propaganda film made following the Red Cross visit to Theresienstadt."

The term used for such intentional deceit, the effort to make those on the outside think things on the inside are much better than they are, is Potemkin village.

To my knowledge, the most extreme case(s) of using a Potemkin village to delude people are the websites run by the vivisection industry's lobbyists and front groups. They vary a bit, but a common deception is the use of images of attractive people holding seemingly happy animals in a friendly manner, but that representation is a facade that hides a cold and gruesome reality.

These images serve the same purpose as the drawings of happy slaves and the Nazi's staging at Theresienstadt. They are intended only to deceive.

It seems that the elaboration of the facades, the absurdity of the falsehoods, increase in step with the degree of horror the perpetrators are trying to hide. Covering up and hiding atrocities is always despicable. It is particularly odious when taxpayer-funded entities become participants. At that point, it is tantamount to government trying to fool the public into believing something that is the opposite of what it is actually doing and paying others to do.

Treason is the term used when a citizen betrays their country; I don’t think there is a word for government hoodwinking citizens, but betrayal comes close.

The reality hidden behind the smiling faces is much different.

USDA inspection reports, the materials and methods sections of published papers, undercover videos and photographs reveal an altogether different world than the happy nonsense and fake news from the industry's propagandists. To them, the animals are disposable.

Plain unalterable facts make it clear that in many cases the animals are treated poorly. And even when they are treated relatively well, it is a prelude to their eventual use. In essentially all cases, their living conditions are severely constrained and commonly bleak.

There is no way to dress up vivisection without a gross misrepresentation of the plain facts.