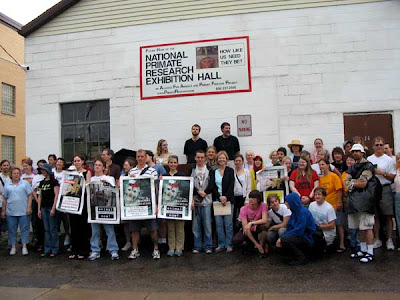 Keep this image in your mind, you'll see a smaller version being used by the University of Wisconsin-Madison below.

On the other hand, equating one nasty letter with flying jets loaded with passengers into the World Trade Center Towers seems to me to be just a little over the top. It conflates an angry letter with nearly 3,000 people killed.

If Osama bin Laden had written a letter to President Bush or a hundred CEOs telling them that the elimination of American corporate influences on Islamic youth was justified, we would never have heard of him.

I sent a letter to one hundred primate vivisectors in 2003-ish. Here’s what I wrote:

No clearer example of evil incarnate exists than the informed decision to use other primates in hurtful experimentation. Evidence of these animals’ emotional and cognitive similarity to us is extensive. Those who are – or should be – aware of these similarities, yet who elect to hurt these animals – are little distinguishable from those who willfully hurt human children to meet some sad, and sick, personal need.

In my opinion – an opinion I intend to make quite public – those who engage in such activity should be permanently jailed. Your elimination is justified. You are a cancer. You are a blight on the progress of humane ethics and compassion, a pox on our moral and ethical progress. 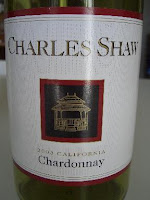 The result of my Two-Buck Chuck-induced angry and nasty letter was the equating of me with Osama bin Laden.

This isn’t rhetoric. Look at the slide below. (You can see a larger version by clicking it.) It's from a presentation by University of Wisconsin-Madison Police Lieutenant Michael R. Newton, charged apparently with the task of keeping tabs on all the “radical” threats to the university like anti-sweatshop groups, anti-war groups, pro-labor groups, and, of course, anti-cruelty groups, all those radicals that threaten the status quo a.k.a. the public fund gravy train, the public teat, white coat welfare, the ivory towers, etc. Look at the four pictures in the bottom left quadrant, particularly the one at the top right, next to the photo from Sept. 11. That's the same picture as the one above of the public announcement that we were going to open an education center next door to the Wisconsin primate center and the Harlow lab. This was so frightening to the univerity that they spent over $1 million to stop it. No wonder; they think an informed citizenry could be as dangerous and catastrophic as September 11. 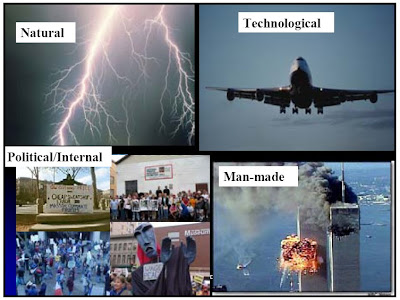 Is lightning really the best picture they could think of to represent a "natural disaster"? Not a tornado or the aftermath of a hurricane, maybe?

I want to know how my local campus police department tends to help stem the tide of all these lightning-induced disasters!

Beckham and Bogel are morrons!!!

"Beckham and Bogel are morrons!!!"

This is a gem.