Stand Up to Cancer. 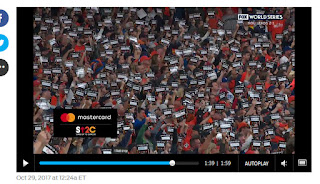 “Colon cancer is the second largest cause of cancer death in men and women combined, affecting people of all ages. Surgery is often an option for those patients whose cancer is caught early, but sadly, we have just a few lines of treatment for patients with advanced disease. The hope is that our research will one day develop better therapies for patients whose cancer is too advanced for surgery.” Nita Ahuja, M.D., and Nilo Azad, M.D. The State of the Fight: Colon Cancer. Stand up to Cancer. (Here’s some info on the drug they are testing: Griffiths, E. A., et al. "SGI-110: DNA methyltransferase inhibitor oncolytic." Drugs of the future 38.8 (2013): 535.

The World Health Organizations classifies processed meat as a Group 1 carcinogen. "This category is used when there is sufficient evidence of carcinogenicity in humans. In other words, there is convincing evidence that the agent causes cancer. The evaluation is usually based on epidemiological studies showing the development of cancer in exposed humans.

In the case of processed meat, this classification is based on sufficient evidence from epidemiological studies that eating processed meat causes colorectal cancer."

WASHINGTON, D.C.-It's a love affair that has spanned generations and baseball fans will once again make hot dogs their number one choice at the ballparks this summer. The National Hot Dog and Sausage Council (NHDSC) estimates that fans will eat a whopping 21,357,316 hot dogs and 5,508,887 sausages during the 2014 Major League season, enough hot dogs to stretch from Dodger Stadium in Los Angeles to Wrigley Field in Chicago....

This year's total includes a new single season record for most hot dogs at one stadium as the Los Angeles Dodgers anticipate fans will consume 3,077,537 hot dogs, a jump of more than 800,000 hot dogs from last year. That is enough to round the bases at Dodger Stadium 4,274 times and based on last year's attendance, means if everyone had just one, 82 percent of fans at every Dodger home game will eat a hot dog.

Meanwhile, disease mongers define prevention as early diagnosis. Money can be made from studying a disease but not from pointing to an avoidable cause. And there is enough money in "early detection" to motivate it's promotion. But there's not a dime in telling people to stop eating animals. There's no money in it for the pharmaceutical industry, the disease "charities," or the vivisectors and their universities. People can't be told to stop eating animals, the potential monetary costs to the meat industry are astronomical.