I used to be all for it, but the results of successful species rescue programs can and I suspect invariably do, result in great suffering.

We almost eliminated the Canada goose. Geese can't fly when they are molting, and as a result, we were able to easily slaughter millions upon millions of them in fairly short order, and we did.

Then, some of us became alarmed that Canada geese could be completely eliminated. Laws were passed, regulations were written, and the slaughter was stopped, just in time apparently. The population started to rebound and is showing no signs of leveling off. 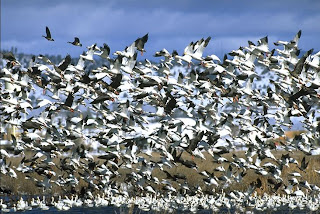 As a result, people in the towns and cities along the migratory routes are increasingly unhappy that their relatively barren lakes are starting to be used again by increasing numbers of geese. There is no reason not to assume that the goose population will continue rising to fill the niche that was left vacant for so many decades following their near extirpation. At one time, the waterways along the traditional migration routes must have been literally covered with geese at certain times of the year.

As a consequence of people having become used to and expecting their lakes to be more or less free of wildlife, the increasing number of geese has led to cities and towns conducting annual round-ups and slaughters with the help of the United States Department of Agriculture. Additionally, hunters are being allowed to shoot more geese.

The effort to save the Canada goose from extinction was a success, but the result is that many thousands are frightened, manhandled, wounded, and killed every year, and there is no reason to believe that the number of geese suffering from our attacks won't continue to increase over time. 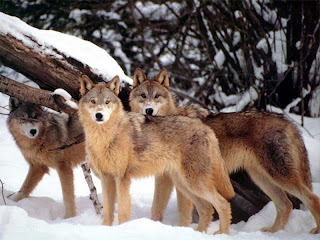 The gray wolf is another species rescued from extinction only to become the target of hunters' perverse and drooling excitement about trapping and shooting them. The Wisconsin Department of Natural Resources and similar agencies in other states are hard at work trying to have the wolf removed from the US Environmental Protection Agency's protected species list. Wolf-hunting season is just around the corner. 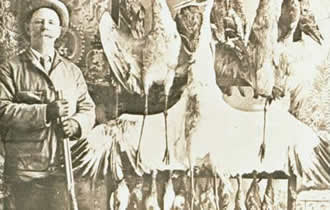 I suspect that hunting seasons for whooping cranes are a near certainty if America is able to remain politically intact long enough.
at 11:58 AM