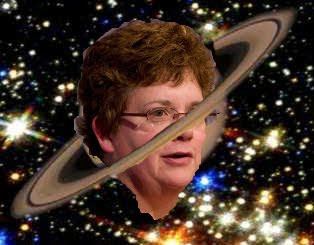 Apparently, the simple idea that local citizens might actually look carefully at the experiments being conducted on monkeys at the university is a frightening idea to Chancellor Biddy Martin. Otherwise, she would welcome the opportunity to share the details with everyone in Dane County. Her protestation suggests loudly that she thinks there are details that should remain hidden and topics that should not be discussed. And that is the real reason she had her letter published today; the Board of Supervisors will discuss a resolution on Tuesday to consider the creation of a citizens panel to examine the use of monkeys in Dane County. See www.MonkeysInDane.info

Her letter seems to be an abuse of authority. As the Chancellor of our largest public university she has a clear obligation to speak honestly to the public. She did not do that here.

She begins with a shell game. Doctors in Italy transplanted adult stem cells from healthy tissue in a patient's own eyes and restored their sight. But Martin implies that the study of embryonic stem cells using monkeys at the university is somehow related to this report. It's not.

Then she brandishes UW researcher and Nobel Prize winner Howard Temin and says that his "His discovery of a key enzyme depended on several animal models, including monkeys, and peeled back the fundamental mystery of AIDS and other diseases that are caused by retroviruses." She should review his publications more carefully. The overwhelming bulk of his work was based on the study of chicken cell cultures infected with a tumor-causing chicken virus. She'll have to dig pretty deep to find any evidence whatsoever that his discovery of this enzyme (reverse transcriptase) "depended" on monkeys. And the bulk of his papers on HIV are reports of his study of HIV, available only from humans.

She then appeals to influenza; but much controversy surrounds the recent swine-flu scare and massive public expenditure on vaccine. She does not mention that researchers have criticized UW flu-researcher Yoshihiro Kawaoka's work on the Spanish flu saying that it poses too much risk to public health. The recent chilling disclosure that antibiotic-resistant germs were being produced in a UW lab without permission from NIH, and the subsequent attempt to shun responsibility should be a wake up call to everyone who has believed that the university is trustworthy and careful.

She claims that the use of animals is highly regulated, apparently believing that the public and County Supervisors are too dull to remember the recent unprecedented joint inspection by USDA and NIH that found nearly 100 violations of the Animal Welfare Act, many of them quite serious. Or the possibility that researchers may soon be charged with criminal violations of Wisconsin's Crimes Against Animals laws. Or the recently aired dirty laundry involving the UW veterinary staff and Michele Basso over her years of fumbling and sloppy brain experiments on monkeys.

She says finally: "We have opened our laboratories, publicized our research worldwide and participated in vigorous debates about animal research."

In fact, the university shredded 628 videotapes of experiments on monkeys rather than allow the public to see just one. They have fought vigorously and stonewalled for months on end to block public access to public records. The university has never (as in NEVER) participated in any public debate whatsoever about its use of animals. The two UW-affiliated researchers who have participated have made it very clear that they were not representing the university.

You don't want the university to use animals for research and no amount of studying or information will change your closed mind, so what is there to discuss?

Face it -- the research is legal and will continue here.

We should be focusing on eliminating the real health concerns, and that is pollutants in our environment. We do not need to hurt monkeys to figure out how to save lives. Just look at what we are eating, nothing but chemicals and pesticides. Let's feed monkeys nothing but processed foods for ten years, and see what happens to them. Then we can focus on the only health issue that matters. Biddy sleeps with Dow, Monsanto and the rest of the corporations that are causing our current generation to be the least virile and most sterile generation in the history of mankind.