"UW never entered into an agreement like that..." (Vilas Monkeys)

According to Bogle, Primate Center directors and members signed 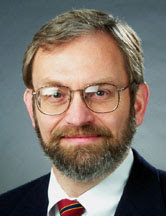 three different letters in 1989, 1990 and 1995, stating the center would not perform harmful experiments on the monkeys unless a monkey had unique genetic traits

UW Primate Center director Joe Kemnitz [pictured] said UW never entered into an agreement like that because it would not make sense.

I am gladdened by Dr. Kemnitz's willingness to mislead a student reporter. It validates my impression that vivisectors are the most despicable of liars. This matters because I tend to trust what I'm being told and continually wonder whether I'm mistaken about the vivisectors' claims; I trust people not to lie. But I've seen over time the lies spewed by the vivisectors and their fans. It's good but very sad to know that my dismal opinions of them are justified.
at 3:31 PM