The Mother of All Targets 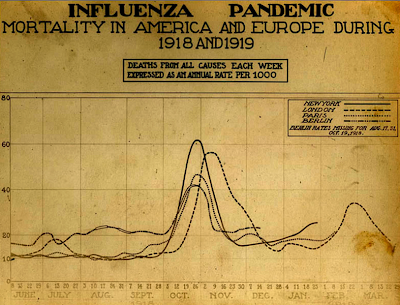 H1N1, known colloquially as the 1918 Spanish flu, is the most deadly disease ever encountered.

John M. Barry, in his book The Great Influenza, says:

Over half of those who died in the 1918 pandemic were in their 20s and 30s, in the prime of their lives, not the elderly.

One of the characteristics of H1N1, besides being so nearly uniformly deadly, is that it has a 1 to 4 day incubation period (some sources say up to 10 days.) This means that if someone is infected, they may not know it for a while, and while they still feel healthy, they are spreading the virus to everyone they encounter. This is one of the reasons that it spread so very rapidly and killed so many people in 1918/19. Estimates vary, but everyone agrees that it killed tens of millions of people, maybe even 100 million.

What this means is that if someone in a lab studying H1N1 is infected, they won’t know it for a few days. When they stop in at a 7-11 to buy a loaf of bread on the way home from the lab, the clerk and everyone in the store is at risk of infection. 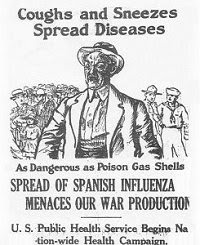 If someone there is infected, they take it home to their families, and their kids take it to school.

It’s very dangerous and shouldn’t be studied in a lab in a metropolitan area. It was extinct until only recently when Kawaoka and others reengineered it. How stupid and arrogant is that?

And yet, the University of Wisconsin is planning to store the virus and to study its effect in mice, ferrets, and monkeys in a lab in Madison, Wisconsin. The scientist who will be studying the virus is Yoshihiro Kawaoka.

The university claims that the public should not be concerned because the lab will be very secure.

UW-Madison's $12.5 million Institute for Influenza Viral Research, nearing completion at University Research Park, will have a collection of safety and security features the university hasn't seen before.

But the university has a long history of lying to the public when it comes to any matter that might embarrass them or cause a hiccup in the flow of money into university coffers.

And in this case, it isn’t just lying about protections for monkeys at the zoo, or lying about the care of the animals in its labs, or lying about the oversight of its animal experimentation. No, this time they are lying about the risk to everyone in the Midwest, maybe throughout the world. A small accident, unrecognized at the time, could lead to a global pandemic that results in the death of millions, maybe billions.

And, if you have any concern whatsoever about another terrorist attack on the US, what better target than a lab housing the most deadly virus ever encountered?

Do you think 10 inches of concrete will stop a plane from breaching the security at the lab? Want to bet your family’s lives on it? No? Too bad. According the university, they’ve placed the bet for you. 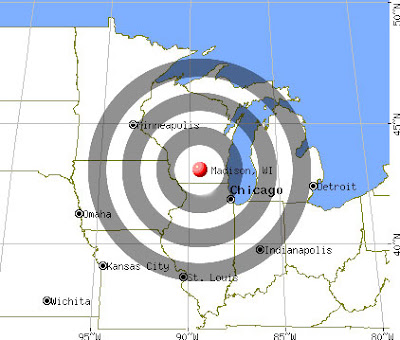