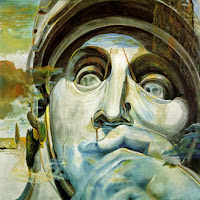 I didn’t notice when I slipped through the looking glass; I must have been asleep when it happened; 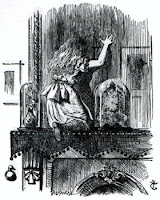 I didn’t notice at first how surreal things were becoming, but now I can’t deny that I am wandering in a fever dream. I am delirious.

When I was younger, healthy and the world was rational, things made sense. Americans were the good guys. 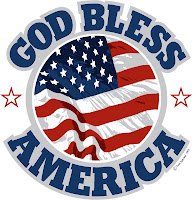 We were the sworn enemies of dictators that maintained secret prisons and whisked people off the street and tortured them.

Back when things made sense, veterinarians helped sick animals and doctors helped sick people. In my delirium, I read about doctors who expose

sick poor people to full body blasts of radiation that they know will lead to their pain-wracked vomit-filled deaths. Veterinarians inject deadly diseases into animals and write scientific papers documenting their illnesses and agonies. And it is our public universities that host these fiends and publicly laud their “scientific” fiddlings.

This morning I read a story in a local paper about a scientist who is preaching meditation for children as a way to foster mental health. His name is Richard Davidson. He was named by Time Magazine last year as one of the country’s 100 most influential people.

He’s good friends with the Dalai Lama, the living incarnation of the Buddha of Compassion.

“[Richard] Davidson says research at the UW and elsewhere shows that contemplative practices cause ‘changes in the brain that promote empathy, compassion, increased concentration.’” Kid contemplatives: UW neuroscientist's project aims to give middle-schoolers tools of “mindfulness” and meditation. Capital Times. 11/08/2007.

Rhesus monkeys and humans share similarities in social and emotional behavior, and rhesus monkeys express psychopathology similar to that observed in humans…. we have been using rhesus monkeys to characterize fear- and anxiety-related behavior and physiological responses…. In previous work, we described the adaptive behavioral and physiological responses that are associated with fear and anxiety in rhesus monkeys…. Eighteen males underwent lesioning procedures at an average age of 34.9 months. Sixteen unoperated male controls were used for comparison and at the beginning of the study were on average 34.6 months of age….

Using standard aseptic surgical techniques, the animals were mounted in a stereotaxic apparatus (David Kopf Instruments). The skull was exposed, and the skull opening was made above the intended lesion site as determined from the MRI procedure.

Between 2 and 10 injections of 1 µl ibotenic acid (1 mg of ibotenic acid hydrate/100 µl of PBS) were made to lesion the CeA. Ibotenic acid is a neurotoxin derived from Amanita (BioSearch Technologies, San Raphael, CA).

Then he frightened the hell out of them and then killed them. [The role of the central nucleus of the amygdala in mediating fear and anxiety in the primate. Kalin NH, Shelton SE, Davidson RJ. J Neurosci. 2004.]

Davidson’s co-author, Ned Kalin, is the chair of the University of Wisconsin School of Medicine’s Psychiatry Department. Before I became feverish, in the rational world I remember, psychiatrists spent their time trying to help people with mental illnesses.

When I was sane, Buddhists were people who were exceptionally kind. I remember reading a lesson on loving kindness that was supposedly uttered by Shakyamuni – the historical Buddha. It’s called the Metta Sutta.

This is what should be done
By one who is skilled in goodness,
And who knows the path of peace:
Let them be able and upright,
Straightforward and gentle in speech.
Humble and not conceited,
Contented and easily satisfied.
Unburdened with duties and frugal in their ways.
Peaceful and calm, and wise and skillful,
Not proud and demanding in nature.
Let them not do the slightest thing
That the wise would later reprove.
Wishing: In gladness and in saftey,
May all beings be at ease.
Whatever living beings there may be;
Whether they are weak or strong, omitting none,
The great or the mighty, medium, short or small,
The seen and the unseen,
Those living near and far away,
Those born and to-be-born,
May all beings be at ease!
Let none deceive another,
Or despise any being in any state.
Let none through anger or ill-will
Wish harm upon another.
Even as a mother protects with her life
Her child, her only child,
So with a boundless heart
Should one cherish all living beings:
Radiating kindness over the entire world
Spreading upwards to the skies,
And downwards to the depths;
Outwards and unbounded,
Freed from hatred and ill-will.
Whether standing or walking, seated or lying down
Free from drowsiness,
One should sustain this recollection.
This is said to be the sublime abiding.
By not holding to fixed views,
The pure-hearted one, having clarity of vision,
Being freed from all sense desires,
Is not born again into this world.

In my fever-dream topsy-turvy world, a close friend of the living embodiment of the Buddha of Compassion can say: “[W]e have been using rhesus monkeys to characterize fear- and anxiety-related behavior,” and people ask him for advice on teaching children to be compassionate.

And, in my surreal world, the living embodiment of the Buddha of Compassion himself is a big fan of gourmet meats and a big supporter of sticking electrodes in monkeys’ brains.

I’m not too sure where to turn for help. Maybe I should have my water tested; maybe the CIA is spiking it with LSD.
at 9:05 AM

The Dali Lama has a difficult job for a cultivator. He must go to these dinner parties, and perform as a political pawn for the US State Dept. People all kow towing to him. Lots of his life is with non-Buddhists, or Vipassana Wannabees. It's no wonder he eats meat now and then.

Primate torture? Shock treatment is making a comeback in treatment of severe depression. The procedural descriptions seem so clinical. How would you like it if someone drilled a hole in your head and poured acid on your brain? After they finish using you, they kill you. This sounds like the way to treat a whore in Grand Theft Auto. Our culture cares as much or more about a video game whore than a living primate. So much for indignation...