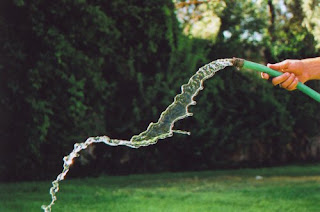 An animal rights group has claimed responsibility for flooding the Westside home of a UCLA professor who uses lab monkeys in research on nicotine addiction.

An FBI spokeswoman said Monday that the agency is investigating the claim that the Animal Liberation Front used a garden hose to flood the house of professor Edythe London on Oct. 20 in an attempt to stop her animal experiments.

The FBI, along with UCLA and Los Angeles police, are treating the vandalism as a case of domestic terrorism....

Invariably, when I mention that vivisectors are in it for the money, one of them writes to me and says, "How dare you!" Right. Here's part of the current real estate listing for Dr. London's Beverly Hills home:

"Best Deal in all of BHPO. Reduced $600k. This won't last. Perfect location on the quiet side of desirable Shadybrook Drive. Located 1.5 miles North of the Beverly Hills Hotel. Absolute Turnkey home remodeled in the best style and taste. 3700 sqft with 4 Bedrooms + Maids and 4.5 Bathrooms. Beautiful hardwood floors [a little water damaged] thru-out entertaining areas. High ceilings, skylights and wide open spaces bring in an abundance of natural light. Sprawling family floor plan with great large walls for artwork. State of the art kitchen with granite countertops. Beautiful swimming pool and surrounding outdoor deck area. This home is perfect for the most discriminating buyer who demands only the best. Also available for lease at $10,500 per month."

And here's one of the photo's: 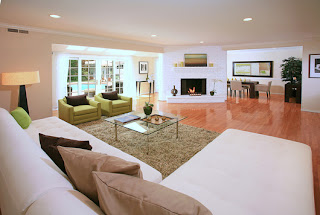 Before considering her work, consider this:

And here's a description of some of what she's doing to monkeys:

Two gonadally intact adolescent (4–5 years old) male rhesus monkeys (Macacca mulatta, 8.9 and 7.7 kg) participated in the studies. Monkeys were housed individually in temperature- and humidity-controlled rooms maintained on a 12 h light/dark schedule with lights on at 7:00 A.M. Monkeys were fed Monkey Diet Biscuit daily after each experimental session and were weighed biweekly. They participated in a psychological enrichment program. The animal protocol was approved by the Yale and Veterans Administration Animal Care and Use Committees and is in compliance with United States Public Health Service Policy on Humane Care and Use of Laboratory Animals

Nicotine was administered orally using the dose escalation paradigm described previously (Pietila et al., 1998 ). Nicotine (Sigma, St. Louis, MO) was administered in a saccharin–Kool-Aid (Kraft Foods, Northfield, IL) solution as the sole source of fluid on a daily basis (with the exception of days of nicotine withdrawal before each scan and also for the day of and immediately after the scan). During weeks 0–4, the animals increased their average nicotine consumption from 3.3 to 37.5 mg/kg. During the last 5–8 weeks of the study, the animals' average daily nicotine consumption was 30–38 mg/kg. After 6 and 8 weeks, the nicotine solution was removed and the monkeys had access to water.” Edythe D. London et al. Human tobacco smokers in early abstinence have higher levels of beta2* nicotinic acetylcholine receptors than nonsmokers. J Neurosci. 2006.

The smaller monkey was being administered the equivalent of between about 11 packs a day and 14 packs a day.

“Such tactics are beyond contemptible, have no place in a civilized society …” says UCLA Chancellor Gene Block. Of course, Block is talking about flooding her mansion, not forcing the monkeys to drink nicotine ladened Kool-Aid.

I can't remember the last time UCLA hosted any substantive public discussion regarding the use of animals in its labs; maybe it never has. In either case, you can't really criticize the garden hose event if the university won't discuss the matter in public.

And here's a link to a pitiful letter from Edythe D. London, "Why I use laboratory animals."
at 12:46 PM

I agree entirely. Let's return to a more innocent time when no animals were used in biomedical research: THE DARK AGES. Remind me, what was the life expectancy back then?

Please list your (or ALF's, for that matter) accomplishments toward the alleviation of human suffering (i.e., the diseases for which you've developed treatments, or cured outright) without the use of animals.

There hasn't been a time when animals weren't used in biomedical research. When the witch doctor poured the chicken blood over his patient and chanted the magic words, and the patient recovered, we mis-learned that animal sacrifice and chanting are efficatious methods of treating human illness.

Life expectancy increased dramatically when people observed that uncontaminated water and enclosed sewers led to less disease. These improvements actually preceded germ theory and were the result of observation of human populations. Along with refrigeration and the resulting improved transportation of produce, improved hygiene is well understood by medical historians as the primary cause for the sudden increase in our life expectancy.

It's only those who refuse to read medical history who make the wild claim that animal research has been a significant contributor to our increased life expectancy. It wasn't.

I only wish they had flooded her house with red Kool-Aid. Much more difficult to remove than water alone, and what a fitting reminder of how she is abusing these primates.
Since science tells us that primates are the closest thing to a human life-form, it makes you wonder what kind of sick individual perform this type torture to a helpless being the size of an infant or toddler.