Brain Storm, the cover story by Frank Bures in Madison Magazine, is enough to make any kind and compassionate person puke their guts out. In this 3500+ paean to Richard Davidson, certain words are missing altogether. Words like: fear, anxiety, experimental brain ablation, ibotenic acid, restraint chair, or monkey.

Instead, we find comments like, "He's visionary. He's brilliant. He's compassionate and kind. And he's a very, very good scientist. And what he's done attests to all that." 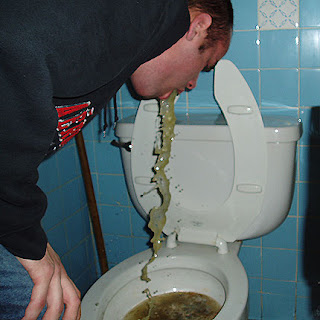 "And what he's done attests to all that."

Here's some info not included in the article that attests to his compassion and kindness:

"METHODS: Twelve adolescent rhesus monkeys were studied (six lesion and six control monkeys). Lesions were targeted at regions of the OFC that are most interconnected with the amygdala. Behavior and physiological parameters were assessed before and after the lesions. RESULTS: The OFC lesions significantly decreased threat-induced freezing and marginally decreased fearful responses to a snake. The lesions also resulted in a leftward shift in frontal brain electrical activity consistent with a reduction in anxiety. The lesions did not significantly decrease hypothalamic-pituitary-adrenal (HPA) activity or cerebrospinal fluid (CSF) concentrations of corticotrophin-releasing factor (CRF)." Kalin NH, Shelton SE, Davidson RJ.
Role of the Primate Orbitofrontal Cortex in Mediating Anxious Temperament. Biol Psychiatry. 2007.

"In primates, during times of need, calling for help is a universal experience. Calling for help recruits social support and promotes survival. However, calling for help also can attract predators, and it is adaptive to inhibit calls for help when a potential threat is perceived. Based on this, we hypothesized that individual differences in calling for help would be related to the activity of brain systems that mediate goal-directed behavior and the detection of threat.By using high-resolution positron emission tomography in rhesus monkeys undergoing social separation, we demonstrate that increased [18F]-fluoro-2-deoxy-D-glucose uptake in the right dorsolateral prefrontal cortex and decreased uptake in the amygdala independently predict individual differences in calling for help. When taken together, these two regions account for 76% of the variance in calling for help. This result suggests that the drive for affiliation and the perception of threat determine the intensity of an individual's behavior during separation...." Fox AS, Oakes TR, Shelton SE, Converse AK, Davidson RJ, Kalin NH. Calling for help is independently modulated by brain systems underlying goal-directed behavior and threat perception. Proc Natl Acad Sci U S A. 2005.

"Eighteen males underwent lesioning procedures at an average age of 34.9 months. Sixteen unoperated male controls were used for comparison and at the beginning of the study were on average 34.6 months of age." Kalin NH, Shelton SE, Davidson RJ. The role of the central nucleus of the amygdala in mediating fear and anxiety in the primate. J Neurosci. 2004.

"To examine the role of the amygdala in mediating this endophenotype [an anxious temperament] and other fearful responses, we prepared monkeys with selective fiber sparing ibotenic acid lesions of the amygdala. Unconditioned trait-like anxiety-fear responses remained intact in monkeys with >95% bilateral amygdala destruction. In addition, the lesions did not affect EEG frontal asymmetry. However, acute unconditioned fear responses, such as those elicited by exposure to a snake and to an unfamiliar threatening conspecific were blunted in monkeys with >70% lesions." Kalin NH, Shelton SE, Davidson RJ, Kelley AE. The primate amygdala mediates acute fear but not the behavioral and physiological components of anxious temperament. J Neurosci. 2001 Mar 15;21(6):2067-74.

"We have far more control over our wellbeing, over how we respond to the world, than a simplistic, deterministic view would permit," says Davidson. "This work leaves us with a much more hopeful and optimistic message. It also places more responsibility on us. In some sense, this work is really a call for us to take ownership over our own minds.

"We have an extraordinary ability to transform our minds, if we so choose."

Cruelty, like all our behvioral choices, are actions that begin in our minds. According to Davidson, changing who we are, how we behave, is just a matter of practice, "What my work suggests," says Davidson, "is that our capacity to experience free will is a skill that can, to some extent, be enhanced through training."

So, what are the likely long-term results of Davidson's continuing practice of burning away the emotion centers of monkeys' brains with acid and then trying to frighten them with a snake? Greater compassion and kindness or increased callousness and an increased ability to justify cruelty? According to Davidson himself, the answer is clear.

See too: Dalai Lama Disciple Makes Big Discovery!
at 10:18 AM

LOL! The picture of the person puking is just perfect!