Lessons from the Khmer Rouge

Between 1975 and 1979, Cambodian government employees, following orders from their government, killed an estimated 1.7 million of their fellow citizens. Now, three decades later, they are beginning to be being held accountable. 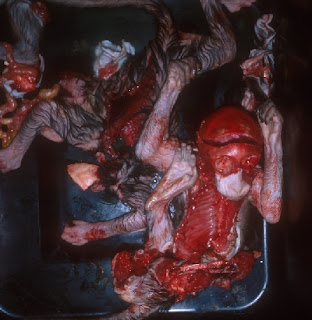 There will be a day in the future when animal abusers and murderers will be held accountable. People will look back and ask how such attrocities were allowed, paid for by taxpayers, the actors hired by government. The best that the abusers can hope for is to expire before the list of their crimes is read.

They will defend themselves with the claim that what they were doing was legal and government sponsored. But that, of course, is what previous members of the Khmer Rouge are saying; it is what the Nazi's said.
at 9:01 AM