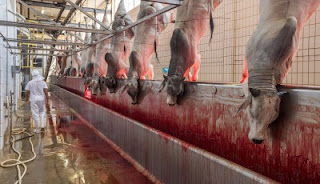 The idea of growing meat in a vat instead of on an animal is gaining traction, and a handful of new companies have been formed to pursue the dream of animal-free meat. It appears that there is almost all upside to the notion. Were everyone in the world who currently eats animals to make the switch, the benefits to the planet’s health would be immense.

I recently had a conversation with a friend about cultured meat which almost resulted in a $100 wager. He thought that cultured meat would have a huge effect across the board: ethically, environmentally, and economically. And, if a large part of the population embraces the product, it could.

But the more we talked, him the optimist, me the pessimist, the less sure he became. He said that he thought cultured meats would follow a market penetration path somewhat similar to the plant-based milks, which he thought was about 10%. He decided that with luck, we might see a 5% market penetration of cultured meat within 20 years. I suggested that if many of those buying the plant milks would be those also buying the cultured meat, then maybe the meats would not result in a significant change.

Further consideration led him to abandon the bet. I gloated to myself a bit, but further study of the issue has nudged me toward his side of the argument.

But, as happy as that statistic made me, the success of the plant milks do not seem to have had a noticeable impact on the U.S. dairy industry so far: 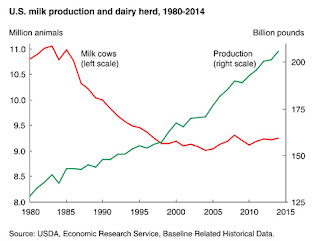 Thinking of other animal product replacements that have come along, I am hard-pressed to point to many that have resulted in a reduction in animal use. Faux fur doesn't seem to have had much if any impact on the fur industry, and since leather is a byproduct of beef production, plastic shoes, even if everyone was wearing them, probably wouldn't have any effect on the number of animals slaughtered.

Someone else suggested that plastic had replaced the use bone for knitting needles and vegetable oil has replaced lard, but in spite of those replacements,

American consumption of red meat and poultry per capita is forecast to hit 222.2 pounds per person in 2018, up from 216.9 pounds in 2017 and 210.2 pounds in 1998, according to the U.S. Department of Agriculture. That’s the highest amount of meat consumption within the last 50 years. Production of both red meat and poultry will increase in 2018, at the same time the U.S. economy is growing and Americans have more money to spend on food, it found. [MarketWatch.com]

The one case I thought of as being an example of a widely used animal product being forced out of the market by consumer preferences was whale oil. Apparently though, that wasn't the case either.

The internal combustion engine must have resulted in a drastic reduction in the horse population, so it isn't impossible for technological advances to lead to less animal use, but then, the opposite is possible as in the case of the cotton gin leading to a dramatic increase in the number of slaves in the antebellum south.

All of this brings me to the point of this essay: namely, that new product introductions will not lead to advances in ethics and moral behavior. In order to see real improvement in how we treat the planet, in how we treat its other residents, we have to change people's minds, we have to instill a concern for others, we have to sell them on the universality of the Golden Rule.

Without a change of heart, no technological advance is likely to mean very much in a statistical sense when if comes to the animals we harm and kill, the animals whose homes we destroy, whose lives remain unnoticed and unimportant to us. But a change in popular belief would have an immediate and sweeping impact because behavior would be instantly altered.

To the degree that the animal rights movement has had an effect, that veganism has become more commonly mentioned, this has been caused by words rather than new products. Likewise for every social gain we have made. Words motivate action. Words lead to changes in the law. Words change people's beliefs. Words have always been the catalyst for social progress. We need more and better words. Louder words, and of course, lots of pictures. 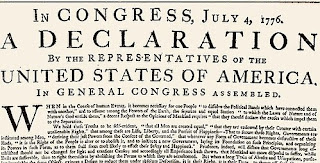 [For those with an interest in the science behind the lab-grown meats, I found this article to be helpful.]
at 12:21 PM