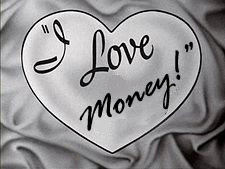 A few readers might have seen the I Love Lucy episode where Lucy feigns being sick and tells Ricky that she has a case of the gobloots. Gobloots, it seems, is a rare zoonotic disease one contracts from the even rarer boo-shoo bird. In the disease's final stages - as death approaches - the victim turns green. And sure enough, Lucy sees herself turning green, after Ricky secretly puts a green bulb in Lucy's bedside lamp to teach her a lesson.

Silliness like the gobloots might be on funny on a TV screen, but the study of a lab-induced malady based on a far-fetched and ridiculous claim that it mimics or models human biology is even sillier, but not funny at all when it entails hurting others.

Allyson Joy Bennett, a vivisector at the UW-Madison, claims that the goal of her research project, “Long-term Cognitive and Neuroanatomical Consequences of Childhood Stress,” is to "determine how different experiences in infancy affect aspects of behavior, cognition, brain morphology and health across the lifespan."

She goes on to say that her project is

important for advancing our understanding of factors that contribute to individual differences in both human and laboratory animal health. Human studies provide strong evidence of the deleterious consequences of early childhood stress. What is far less clear—but critically important to research aimed at developing strategies to improve human health—is the specific mechanisms by which these changes occur, how they unfold across the lifespan, and which changes are long-lasting in absence of additional, or cascading, adverse events. Understanding these and other aspects of the consequences of a range of childhood adverse experiences is essential to developing treatment and intervention strategies.

Bennett’s project is designed to study a problem that doesn’t exist and that obvious fact ought to have been noticed before she was awarded a large pot of the taxpayers’ money.

She is using 15-year old male monkeys who were raised without mothers and then separated from other monkeys when they were 4 to 6 years of age.

She says that 15-year old monkeys are equivalent in age to middle-aged humans and that a 4- to 6-year old monkey is an adolescent. The World Health Organization defines “adolescents” as young people between the ages of 10 and 19 years.

Presumably then, a 15-year old monkey in her study is a model of a middle-aged man who, when he was maybe 10 years old, and was placed alone in a mind-numbingly small barren cage. He has endured profound environmental and social deprivation through out his life and who knows what else.

Even if people really exist who were treated in this way, there must be a vanishing small number of them. Nevertheless, the NIH has so far awarded Bennett $367,756 to pursue this odd and macabre line of study. They'd probably fund a study of the gobloots too.

In the real world, socially and environmentally deprived children aren’t similarly deprived throughout their lives. They don't remain in solitary confinement for the rest of their lives. Bennett’s monkeys are not duplicating any known human situation. Her results, no matter what they might be, will pertain only to the monkeys she is studying and probably to the other male rhesus macaques who have suffered similar cruelty.

Surely, if such people actually exist, the most pressing and urgent question is how to rescue them right away and how to help them recover.

The monkeys Bennett is studying have been abused throughout their lives. Her project is an extension of that abuse. A humane and caring person would not continue studying the negative consequences of a lifetime of profound deprivation without simultaneously acting in their subjects’ best interests – doing everything in their power to improve their lives. Allison Joy Bennett appears uninterested in helping these victims; her own financial and professional interests seem to come before their unambiguous need to be helped.

The members of the UW-Madison committee that approved this gobloot study are equally responsible for the continuation of this cruelty. The system supports them and reinforces their ethical lapses. A person with sufficient will and independence of thought to break free of a system that exerts such strong pressure to conform and believe is even rarer than a boo-shoo bird.
at 5:41 PM

Bennett may hold a degree but she is clearly no true scientist. All of her time is spent in maternal deprivation studies even though they were conducted 50 years ago by the evil Harlow. The environment of the studies in no way comes close to producing what she feels is important to childhood issues. You are right Rick there is no direct connection and this is a waste of time. Questions for you Bennett; is your goal to develop a vaccine to give to these children to prevent future abnormal brain function based on lack of paternal bond? How will you know which children to give the drugs to? Do you assume it is for the poor people or have you come to figure out it can happen to wealthy kids to? Are you going to have a network across the country looking for test subjects to participate in a trial drug study? What is it you want to accomplish to pass time wasting my money because you truly have no scientific validity and the only thing you come up with is this research? You are in it for money and money only, but thanks to the internet and other doctors and researchers, and politicians they are seeing you and your study for what they are, CRAP! In my life time I will see change and it will be for the better and my money will no longer go to a crack like you…

It doesn't appear to me that Bennett is involved in drug development. I believe her work is primarily descriptive, that is, she is recording the long-term deleterious effects of being raised without nurturance and then being kept in solitary cages throughout the monkeys' lives. As far as I can tell, this is a model of a fictional situation.

Then why do it Rick? If there is no drug development like other reasearchers tell the public they are striving for what is there to gain? I look at this more as a sadistic ritual and she seems to enjoy watching another life suffer. She critisizes other researchers who are developing alternatives to animal testing treating them as though they are the enemy. She has made statements about these researchers to test their ideas on themselves. Clearly she is a coward. It's like she can't wait to destroy their theories and their reputations because she knows there is no true basis for her science. Evil comes in all shapes and forms, but when they are given the tools (money) to achieve what they believe is necessary that millions have still died. In the end life is wasted, years wasted, and innocent animals tortured and for what? She has wasted years miss using a gift of knowledge by destroying an innocent animal whose only down fall was being born.....It's so sick!