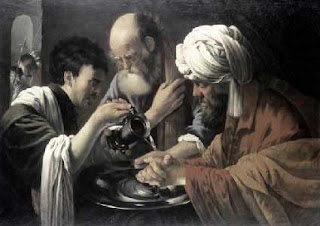 Liability Protections for Scientific Researchers: Specify that current law provisions prohibiting crimes against animals would not apply to persons engaged in bona fide scientific research at an educational or research institution or persons who are authorized or otherwise regulated under federal law to utilize animals for these purposes.

Obvious to anyone even minimally informed about the University of Wisconsin's many animal care and use problems is the fact that the recent sheep decompression case sent shock waves of fear throughout the campus vivisection labs. A few vivisectors just barely side-stepped having criminal charges filed against them. The only thing that saved them was the obvious confusion and neglect of a special investigator.

The heart of the motion that was passed is the claim that federal regulations and oversight are already sufficient. Local officials and citizens should simply wash their hands of responsibility and concern and leave all the decisions to those with a financial vested interest in the experiments and to the federal government. Obviously, the average Wisconsinite has no business questioning, let alone challenging, the activities of the demigods in white coats.

Here's a letter I've already fired off to a legislator or two:

My name is Rick Bogle. I am co-director of the Madison-based Alliance for Animals, a state-wide animal advocacy non-profit.

I have just learned that the Wisconsin Joint Finance Committee passed a motion which, if passed by the Legislature, will exempt all "bona fide" scientific research from Chapter 951 of the Wisconsin Statutes, "Crimes Against Animals."

This comes on the heals of the recent case involving decompressing sheep at the University of Wisconsin, Madison, in which staff narrowly dodged criminal charges being filed against them.

If this motion is discussed, if and when it is taken up by the Legislature, it will be argued that current federal regulations are sufficient to regulate and guarantee humane care and treatment of the animals used in laboratories. Unfortunately, the record makes clear that this isn't the case.

The use of animals in labs is regulated at the federal level in two ways. Funding agencies like the National Institutes of Heath (NIH), the sponsor of the overwhelmingly largest number of projects, and other agencies such as the National Science Foundation, require an institution hosting funded research to submit a document referred to as an Animal Welfare Assurance. (Sometimes called the PHS Assurance, and more commonly, just the Assurance.)

An institution's Assurance is the formal promise to the NIH that all research with animals conducted there will comply with the Guide for the Care and Use of Laboratory Animals. The Guide, an industry authored text, stipulates minimum standards of care and use, requires a local oversight committee, and relies on federal, state, and local laws and regulations:

p 2: Introduction: "Animal facilities and programs should be operated in accord with this Guide, the Animal Welfare Regulations, or AWRs (CFR 1985); the Public Health Service Policy on Humane Care and Use of Laboratory Animals, or PHS Policy (PHS 1996); and other applicable federal (Appendixes C and D) state, and local laws, regulations, and policies."

p 8: Chapter 1. First sentence of paragraph 2: “Each institution should establish and provide resources for an animal care and use program that is managed in accord with this Guide and in compliance with applicable federal, state, and local laws and regulations...”

The NIH Office of Laboratory Animal Welfare (OLAW) is responsible for oversight of an institution's compliance with the Guide. OLAW only very rarely conducts inspections, and instead relies almost entirely on self-reporting by an institution.

The most recent evaluation of APHIS oversight of animal use in laboratories was conducted by the USDA Office of the Inspector General. It found widespread problems and a lack of meaningful enforcement of the Act. This report is available on line at
http://www.usda.gov/oig/webdocs/33002-03-SF.pdf

In spite of the low marks given by the OIG, recent APHIS inspections of the University of Wisconsin, Madison have resulted in multiple citations for violations of the minimum standards set out in the Act. See for instance:
http://www.allanimals.org/files/USDA_2009.pdf

You may be unaware that the inspection reported in the document above was the result of multiple complaints to APHIS from inside the university. As a result of the problems discovered, a very rare OLAW/APHIS investigation was instigated. See:
http://www.thedailypage.com/isthmus/article.php?article=30944

We have learned from review of local oversight committee minutes that the investigation has been extended in scope on a couple occasions, the results have yet to be reported by the inspectors. Any action by the State Legislature prior to the issuance and review of the results seems premature.

The local oversight committees I have mentioned above are Institutional Animal Care and Use Committees. These IACUCS (I-Uh-Kuks) or sometimes just ACUCs (A-Kuks) are required by both the Animal Welfare Act and the Guide. They are universally considered the keystone of all oversight and regulation of animal care and use in lab
settings.

The ACUC system is also problematic. There has been a single evaluation of the system, and it was not very complimentary: Animal research. Reliability of protocol reviews for animal research. Plous S, Herzog H. Science. 2001. See:
http://www.socialpsychology.org/articles/scipress.htm and
http://www.socialpsychology.org/pdf/science2001-07-27.pdf?logged=true

More simply, current federal regulation and oversight of the care and use of animals in labs is weak at best and at worse allows without meaningful penalty many inhumane conditions and practices to continue.

If the motion to extend a blanket exemption from Chapter 951 to animal-using labs and scientists passes, local citizens will have no power whatsoever to question or challenge even the most gruesome questionable use of animals even when state laws forbid anyone else from doing those things. Apparently, it will be legal in our state for scientists to starve animals to death, to stage fights between them,
or to use painful devices on horse's bridles. That seems unfair and uncivilized to me.

I urge you do do all you can to oppose and defeat this oddly anti-local control initiative.

If I can be of any assistance whatsoever please do not hesitate to call on me.

I will also be sending letters to Senators & Representatives. This is not only immoral it pushes the boundaries’ of the law. What will stop every other university, primate research center from asking the same be applied to them? There is no gray area and if we decided to let some people be exempt from a specific law, what example will that set for other laws. These animals already suffer egregious acts and now they will definitely suffer a great deal more because society turns their back instead of embracing reality. Animals won't save humans. We can't even save ourselves from ourselves......