In news that will shock very few people, The LA Times today reported on its review of documents that the Boy Scouts of America has fought hard at at great expense to keep hidden from public view. See Boy Scouts helped alleged molesters cover tracks, files show. "When volunteers and employees were suspected of sexually abusing children, Boy Scout officials often didn't tell police, files from 1970-91 reveal. In many cases they sought to hide the situation." (Los Angeles Times. September 16, 2012.)

The similarity between the policies and coverups of the Boy Scouts and Catholic Church are hard to miss. The Catholic Church opposes gay marriage, homosexuality, and same-sex relationships but has shielded and abetted its priests when they've been caught diddling the children under their control.

It seems that individuals who make strong claims about how terrible they believe homosexuality to be commonly engage in gay sex and hide it by speaking the loudest against it. Let me hear you say "Pastor Ted," leader of the National Association of Evangelicals. Their organizations then shield them after learning what they do. This isn't an original observation.

People who experiment on animals and the institutions that hire such people and facilitate their evil deeds want you and me to believe that they are more trustworthy than Evangelical ministers, the Catholic Church, or the Boy Scouts of America.

But they're not. They are just as weak as everyone else; you and me included. 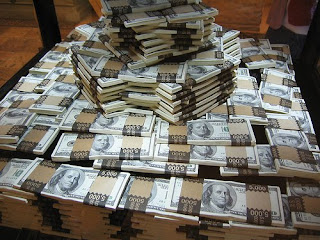 When money, and in the case of the Catholic Church, the BSA, the National Association of Evangelicals, and NIH grant recipients are concerned it's really vast riches, no one is able to speak honestly when doing so is likely to slow the torrent of cash coming in. This is why transparency is so very important and public oversight absolutely critical when the institution is part of the government.

Here are a couple statements from three universities receiving tax dollars to experiment on animals. Like the Catholic Church, the BSA, the National Association of Evangelicals, we have to take what they say on such matters with a large grain of salt.

"[S]cientists who work with animals are devoted to making sure their animal partners treated with care and concern. Humane and gentle treatment is the utmost concern in animal care at the University of Toledo [Ohio]." But then in an experiment at the University of Toledo, a vivisector explains: "[W]e will determine whether EGCG downregulates CCR1/CCR5 receptor expression to inhibit angiogenesis, and cartilage and bone destruction in a rat AIA model of RA."

A little digging turns up this description of the "rat AIA model of RA": "Adjuvant-Induced Arthritis (AIA) was used as a model for rheumatoid arthritis (RA) and is currently considered as a model for reactive arthritis. Chondrex provides various types of Complete Freund’s Adjuvant (CFA) for inducing AIA. AIA can be easily induced in susceptible strains of rats by a single subcutaneous injection of adjuvant into a footpad or at the base of the tail."

And a little more digging: "There are limitations of this model for chronic studies of pain/arthritis since the severe systemic changes provoke ethical concerns and also affect behaviour, physiology and biochemistry." (The last passage is from the paper A limited arthritic model for chronic pain studies in the rat. Butler SH, et al. Pain. 1992.

The University of Michigan says: "The University insists on humane and ethical treatment of any animals used in research, instruction, and testing." But UM is home to Gail Winger and the James H. Woods. In 2010, they reported that "Six adult (3 males and 3 females) rhesus monkeys participated [!] in the nociception experiment. [Nociception is essentially plain old pain.] Three adult (2 males and 1 female) rhesus monkeys participated in the remifentanil self-administration experiment. All monkeys were housed individually with free access to water in stainless steel cages." [I edited out unimportant details like the animals' weights] 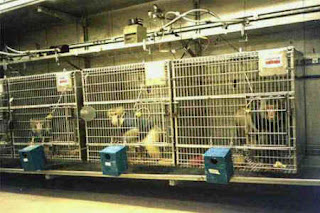 They continue: "In the monkeys participating in the remifentanil self-administration study, silicone rubber indwelling i.v. catheters were implanted in a jugular, femoral, external jugular, or brachial vein and were routed subcutaneously to the midscapular area of each monkey. Flexible tethers protecting the catheters were held in place by a Teflon mesh jacket and connected behind the cages to infusion pumps." And more: "The warm water tail-withdrawal assay was used to measure nociceptive responses to thermal stimuli and the duration of action of the antinociceptive effects of test compounds. Monkeys were seated in primate-restraining chairs, which allowed access to their shaved tails (approximately 15 cm). Nociception evaluation was performed by placing the tail in a thermal flask containing water maintained at 50° C. [That's 122° on the more common Fahrenheit scale. For comparison, manufactures and government agencies recommend not exceeding 104° in a hot tub.] The time required for the monkey to remove its tail from the warm water was recorded. If a monkey did not remove its tail within 20 sec, the flask was removed and a maximum time of 20 sec was recorded." And on and on.

The University of Wisconsin, Madison, to it's credit, doesn't seem to use the word "humane" very often in conjunction with its animal use program. That university seems to be operating at a very basic moral level. It might have been Jean Piaget who first made the observation that young children regard rules as fixed or absolute. Lawrence Kohlberg followed up on this by making finer distinctions in moral development but that hardly matters in this case because he too recognized that young children believe that authorities set fixed rules which must be obeyed. In both views, if they were able to have discussions about morals and ethics, children would see themselves as acting morally by following the rules.

And this is what UW-madison seems to be doing on its webpages which you can read here.

But, like certain Evangelical ministers, the Catholic Church, and the Boy Scouts of America, and in spite of assurances that all is well because it knows the laws and regulations, the UW-Madison, and similar institutions around the country regularly get caught treating animals very poorly -- in spite of their rhetoric about being gentle, humane, or even just lawful.

No one should be surprised by these institutions and the people working for them saying one thing and doing another. Whenever ungodly amounts of money are at stake, everything else fades away to unimportance -- even the screams of animals being hurt. The rhetoric is tailored to misrepresent the reality behind the locked doors and hidden webpages; the rhetoric is tailored to fool you into believing that all is well and that you ought not be concerned. If you worry enough, you might cause a stink and cost them a dime or two.

But three years of fighting in court to block the release of photographs of what I believe to be evidence of very common similar occurrences shows pretty strongly just what these institutions and people who work for them actually believe about how you would react if you ever learned the whole truth.

Trust us, they say.