"We advocate for an end to suffering."

The social distancing and widespread quarantine that has resulted in response to the severe acute respiratory syndrome coronavirus 2 (SARS-CoV-2) outbreak seems to had led to more people spending more time on social media. This has led to more arguments.

I commented that any reduction in our population as a result of the virus would be a good thing due to the detrimental impact we have on the planet and its other inhabitants. [See the two graphs below.] I was severely chastised by a somewhat well-known animal rights activist for saying this. In the course of our back and forth, my critic said that their work wasn't focused on other animals per se, but on trying to end suffering across the board. They said, "We advocate for an end to suffering."

I was struck by the polarity of our positions and assumptions.

The notion that suffering can be stopped strikes me as either naive or just ridiculous.

The number of species whose life cycles inevitably cause others to suffer is vast. Most, maybe every predator causes their prey some degree of suffering. Many, maybe most predators eat their prey while he, she, or they are alive and struggling. There are numerous parasites that must cause their hosts much suffering, like wasps who lay their eggs in caterpillars, or Cymothoa exigua, the tongue-eating louse which eats a fish's tongue and then lives its life attached to the inside of the fish's mouth.

The notion that the animal rights movement can or should even try to end suffering is naive or else merely ignorant and confused. The animal rights movement is about human ethics and morality. We can't end suffering, but we can change human behavior. Humans are not obligate carnivores or parasites; we can choose not to harm others, to leave them to their own devices, to protect their habitats, the water, the air, and the land. We can decide to acknowledge their right to live their lives free from our dominion and harm. 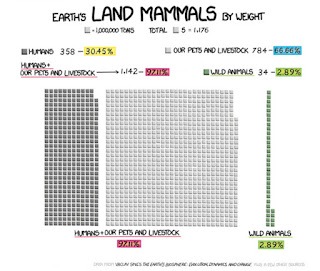 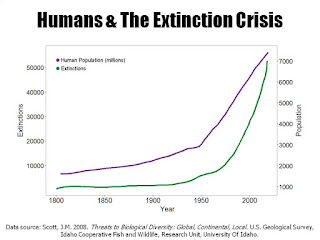