Behind the headlines... suffering and spin.

Cue the public relations gibberish. The public isn't well-served by science writers who seek out and then swallow whole the nonsense foisted off by those with vested interests in the public's opinion and perception of their work. In this article from Nature, I couldn't help noticing the uncritical repetition of simple nonsense. [NEWS 22 March 2018. Alison Abbott: Reduced-﻿calorie diet shows signs of slowing ageing in people. Most comprehensive study yet demonstrates that cutting people’s energy intake dials down their metabolism.]

The history alluded to in the article regarding the effects of caloric restriction in animals is cherry-picked, to say the least.

Not mentioned at all of course is the harsh reality behind the allusion.

A little off topic. 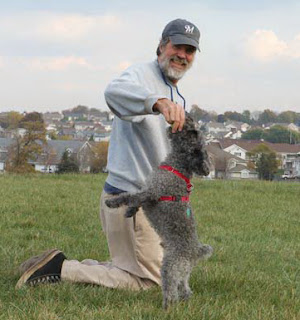 Micky and me. I'm the one in the hat.

A few years ago, we learned that a neighbor was locking their dog in a crate whenever they left. We told them that they could drop her off at our house instead; we gave them a key for times when we were gone. For some reason, they didn't care whether we were home or not; they were happy to just drop her off. Now, they never lock her in a crate. I suspect that she is happier looking out the window than being locked in a cage. 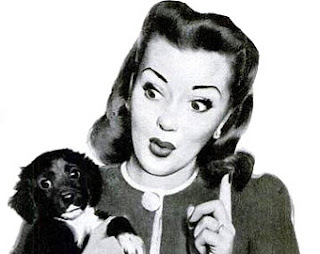 I've not been able to pinpoint the rise in popularity in cages for dogs, but from what I have been able to glean it might coincide with the dramatic change in the number of women in the workforce. Puppies could be house trained fairly easily if there was always someone who could catch them in the act and take them outside. 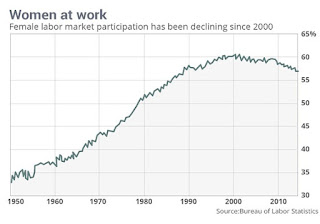 Like so many things that are sometimes thought of as signs of progress, the move from housewife to wage-earner had some negative consequences, and in this case, it may be that one of them was a massive increase in the number of dogs spending most of their waking hours locked in a cage. 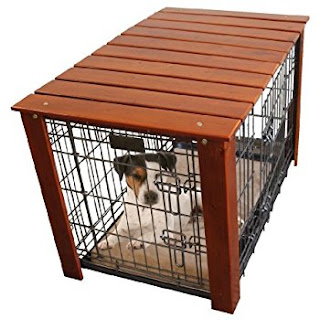 A somewhat common claim on the internet is that there is nothing wrong with locking a dog up for hours on end everyday. Like this one: "It is not unreasonable to leave your dog in a crate for 9 to 10 hours at a time, which is a traditional workday." 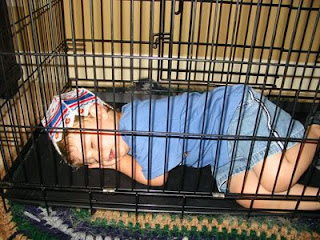 In the myriad advertisements and images of dog crates one can see on line, it is seemingly the norm to leave them on the floor. When we are away for the day, our boy Micky is always parked on the back of a couch looking out a window. From there he can keep watch and bark at anyone walking by, at the mail carrier, and any truck that happens to stop, or heaven forbid, has letters pained on the side, and of course, he can keep a sharp eye out (when not asleep) for our car pulling into the driveway. 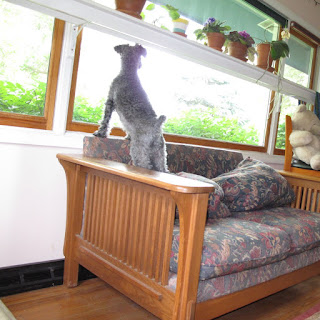 If he were left locked in a cage on the floor all day, I suspect he would perceive it to be a torturous experience. Over the weeks, months, and years of being caged, he might get used to it, but the idea that he would like it seems absurd and ethically blind to me.

In my reading about this phenomena, I happened upon a much more reasonable and humane option for people who for whatever reason, think their dog should not have the run of the house when they are gone. Turn a room into dog-safe space and put a gate in the doorway. Even this, if a chronic practice, seems wrong-headed to me, but it isn't as bad as putting a dog in a cage for long periods. The room would be best with a window and a place to lie down and be able to see out.

Mainly, I think that people who can't have a dog without keeping them in a crate should not be allowed to have a dog.

One final note note for the many people who think exceptions justify the general case. In rare cases, a dog recovering from surgery might be best served by being kept in a small space when no one can be with them. There might be other rare cases, maybe when in a car, that a reasonable argument could be made to justify caging a dog, but those cases are rare exceptions and have no bearing on the routine and cruel practice of daily crating that has gained in popularity over the years.