At the University of Wisconsin, Madison’s September 2011 “public forum” on the use of monkeys in its research programs, someone challenged a vivisection critic’s comments with the rather worn question: Would you avail yourself to a treatment if it was developed through experiments on monkeys?

People who ask this question may imagine that an answer in the affirmative necessarily identifies someone as a hypocrite whose opinions should be discounted or dismissed altogether.

If so, then they paint themselves into a very tight and difficult corner.

The unspoken premise is that an ethical person, a genuinely moral person, would forgo any potential benefit that stemmed from some practice they purport to find immoral or unethical. (I think these are interchangeable terms in this context, and thus redundant, but I use them together here because of potential shades of distinction others might believe they imply.)

As reasonable as their challenge sounds – explaining why it continues to be trotted out – it immediately places a difficult burden on those who voice it.

To live true to their own challenge, to avoid being the hypocrite, the cad, who they apparently hope to cast someone else as, they must: 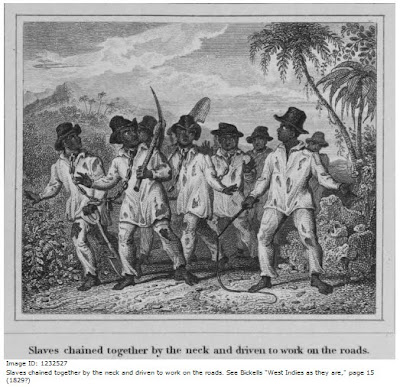 1. Never travel in the Southern U.S., in Rome, and probably quite a few other places. They must do research ahead of time to ascertain that the places they visit and they roads and bridges they will travel on were not built by slaves. Otherwise, they are hypocrites or else really aren’t opposed to slavery. 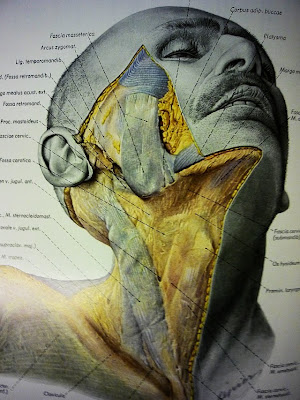 2. Always query any surgeon who might treat them or a loved one as to whether or not they used or ever referred to Eduard Pernkopf’s infamous Topographische Anatomie des Menschen (Atlas of Topographical and Applied Human Anatomy), and if the potential surgeon did consult the Atlas, then they must find a new doctor. Considered the pinnacle of anatomical atlases and consulted frequently by surgeons prior to a difficult operation, the subjects used in Pernkopf are now believed likely to have been Jews and others killed by the Nazis. If he who makes a challenge about the use of an animal-tested medicine does not make such inquiries ahead of time and turn down treatment if such is the case, then, by his or her own measure, he or she is a hypocrite or else isn't opposed to what was done during the Holocaust. 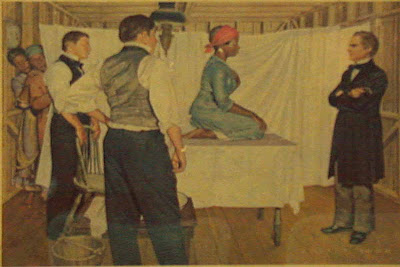 3. They must never receive, and must never allow their wives (if they are a married man) or daughters to receive gynecological care. The father of gynecology was the American doctor, J. Marion Sims. The Sims position, the Sims speculum, and other similarly named gynecological instruments were devised by him. He developed the first successful treatment for vesicovaginal fistula. He conducted repeated experimental surgeries on slave women without benefit of anesthesia, even after he was using it when treating white women. Allowing their wives or daughters to receive gynecological care must mean that people who believe that antivivisectionists who use animal-tested products are hypocrites must themselves be either hypocrites or else aren’t opposed to experimenting on non-consenting slave women.

There are other examples of the ethical dilemmas facing those who ask whether or not someone opposed to the use of animals in scientific research should avail themselves to a treatment if it was developed through experiments on monkeys. But the problem with such a challenge is clear.

A rational and moral person could oppose slavery and still drive on roads first built by slaves, could oppose non-consenting human experimentation and still undergo surgery conducted by someone who had studied Pernkopf’s Atlas, could visit a gynecologist and still oppose experiments on slaves and oppose slavery, and could take a medicine that had been tested on animals and still be morally opposed to the use of animals in biomedical research.

But the person who makes the challenge could not visit the South, could not fail to quiz a surgeon about their education, could visit a gynecologist, or do myriad other things without being a hypocrite or else a complete moral failure.
at 4:36 PM

People talk about hypocrisy like it's a bad thing. I know people from all walks of life - liberal and conservative, religious and nonreligious - who don't always live up to their ideals. Would it be better to have no ideals at all? I don't think so.

Yes, hypocrisy is a bad thing if you are in the business of lecturing society about morality.

People don't always live up to their ideals, but animal rights activists that accept the benefits of animal research but say they are morally oppose to it NEVER will.

You definitely have shown a very good comparison of animal rights activist being called Hypocrites. The ones who do support animal research tend to view their side as nothing more than I am right and you are wrong so shut up and get out of our way. They never tell the public that there was much medical advancement and treatments that were not performed on animals. They also tend to imply to animal rights activist such as I who take a drug for Epilepsy, you can’t criticize and oppose animal research while you take this drug. So on that assumption don’t I have the right to test a drug that was not tested in animals? Technically no matter how many animals you put through cruel testing there is still the first human to take a pill and in that sense you are testing on a human. The medicine I take only prevents a seizure; I will never be cured because animal testing is preventing this. I now have other health issues because of the medicine, severe headaches, insomnia, and worse the drug affects my intestines to such a high degree I never know when I will have an attack so allot of times I stay home when I am not working. So it’s my fault I have Epilepsy? Because of me it makes it alright to test on animals? If animal testing is so important tell me why after decades of research are there no cures? Researchers tell us animals hold all the answers and yet other researchers say the answer is somewhere else. So because one researcher opposes another researcher’s use of animals he or she is also a Hypocrite? A doctor once told me basically we start to die from the moment we are born. He said if you choose to drink, smoke, do drugs, eat crap foods that cause heart disease, cancer, stroke, diabetes, arthritis, Alzheimer’s, dementia and many more what right do you have to complain. What right do you have to subject animals to egregious research because of your choices? So Pro-Vivisectors who’s the Hypocrite now?

"So it’s my fault I have Epilepsy?"

"Because of me it makes it alright to test on animals?"

Yes, it is because patients like you and their families demand having medications that will alleviate their suffering.

You could instead choose drugs that were not discovered via animal research.

"So Pro-Vivisectors who’s the Hypocrite now?"

No I am not a hypocrite. Where is the cure? Decades of research have yielded nothing. Where is it, you tell me... If animal research was truly accurate there would be a cure by now. I sent emails to researchers asking where all the cures are. The reply received was "All the great medical advancements of the past century were due to animal research." I also asked them, If Chimpanzees share our genetics/DNA more closely than that of any other animal why do they do not develop AIDS from HIV? Why do they not contract Hepatitis? Why do all the so called medicine/vaccines produced from testing on Chimpanzees fail? What gives us the right to use our closest relative forcing them to live for DECADES! In 5X5X7 cages yielding nothing to benefit human life? Researchers would not answer any of these questions. Show me one life saved by a single pill that can cure a human of disease. I would have thought they would have been more forthcoming in answers, wouldn’t you? Your response to me did not yield anything more than someone who is UN willing to do the research themselves like I have done and would rather just accept animals our only future for medicine. I have thousands of pages printed at my home after a year of research by contacting Researchers, Physicians who do not support animal research and they have more to offer scientifically. So the Physicians and Researchers’ who do not support animal research are wrong to? The example I used in this comment about Chimpanzees is just the tip of the ice burg. I could go on and on with what I have documented from legitimate records both medically and scientifically showing why people such as me better forget about any cure until there is a change in direction. Even a doctor from England sent me his book with his blessing to use any and all of his information to stop animal testing. I went out searching for actual proof of why animal research must continue and all I found was why it should not continue.

P.S. I did offer to undergo testing of drugs not tested on animals and my doctor said it would not be Ethical. I also wanted to be hooked up to an EEG and monitor my brain through an MRI while having a seizure. Again he said it would not be Ethical. He also told me the FDA will never allow this. I told him I will stop taking the drug. His reply, they will take my license, I could become a danger to myself and others because of the UN stability the seizure can cause. I am consenting and willing, so what do you have to say now? Want me to send you my medical chart/records where my Doctor documented these Requests??????

Rick, are you a doctor? I was curious because you have a strong insight and seem to be one step ahead of Vivisectors challenging their motives. You are very good at this so please don't stop know matter how many criticize you. The reason they (Dario) do not like you, is because he feels threatened by you. Your blogs are amazing; they make you stop and think. If I had one question for Dario it would be "I've been waiting 43 years for a cure for my Epilepsy, where is it?" He won't answer this question because he can't. He already knows that I will never see a cure in my lifetime. I read his essay on you and you are right he does not like you. I like you, so does my mom, my friends and ayone else I read your blogs to. While other researchers and doctors offer scientific validity disproving animal research, all they do such as Dario is try to discredit these individuals, especially you Rick. "The benefits of new drugs are always over-estimated and the risks of trying them out in research always under-estimated. Dr Jeremy Booth

I'm not a doctor, but I can read. Thanks for the kind words about the blog.

These pages are a set of links to correspondence between the University of Wisconsin, Madison and the National Institutes of Health (NIH) ...