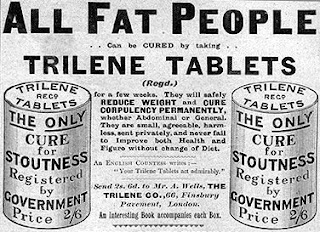 Has there ever been a time that shucksters or the deluded haven't been peddling cures for all that afflicts us? I don't think so.

A long time ago people recognized the power in claims that they could cure disease and extend life. In a few cases, these claims have been legitimate, but the legitimate claims have washed all claims of improved health through a pill, potion, or procedure, with a patina of respectability that is often undeserved and sometimes dangerous.

It may be a universal truth that people peddling these wares claim to be motivated by their humanity and sympathy for their neighbors. For some reason, no matter how often the rotten core of some of these unscrupulous hucksters are exposed, people can't seem to understand that the problem is widespread. (For instance, today's Google News health related headlines: "FDA Faulted for Approving Studies of Artificial Blood," "New Worries Over Blockbuster Meds Avandia, Fosamax," "Parents Who Prayed While Child Died Charged.") Our nearly universal gullibility is probably connected to a blinding fear of pain, illness, and death, and endless hope.

The common blind acceptance of the claims made by the pharmaceutical companies today is no different from our past faith in witchdoctors, chants, crystals, human and animal sacrifice, patent medicines, and all the rest of the snake oil. We cling to the hope and promises and ask for little proof of positive effect.

With modernity has come the emergence of a new class of charlatans and their dupes; these are the vivisectors of course. Some of them aren't completely dishonest. Some must believe in the sacrifices they perform, but many of them are willfully self-delusional. Science as a mode of thinking and investigation relies entirely on the willingness to challenge one's beliefs and to modify what one believes based on evidence acquired through careful study and analysis. When strong evidence is denied or ignored and one continues to behave as if the evidence doesn't exist it amounts to a denial of rationality. When one does this willfully, for monetary other self-interested reasons, it is dishonest. When the denial is used to defend torture, something is severely amiss.

It seems a simple and straightforward observation that vivisectors are either dishonest or that the less thoughtful or dullards among them are being duped by their dishonest peers. I say this because there is a body of research* that has considered the use of animals as predictive models and tools in the pursuit of human health that is ignored or denied by them. The results of these investigations suggest overwhelmingly that animal experiments are a waste of time or else misleading.

Similarly, there is strong evidence that federal oversight of the industry intended to assure the humane care and use of animals is a failure.

Similarly, there is strong evidence that institutional in-house oversight intended to assure compliance with federal regulations is a failure.

Similarly, there is a large and growing body of evidence that animals have complex minds and are capable of many mental feats long thought to be in the purvue of humans alone. Animals are capable of much suffering, and in fact they do suffer when raised in laboratory conditions and are used in research.

In spite of this evidence, vivisectors routinely say that all medical advancements are due to animal experimentation, that there are strict laws governing the research, that every protocol is considered carefully, and that the animals rarely suffer.

In the face of the evidence, only a liar or a fool could make such claims. They might as well be claiming that they have discovered a cure for baldness. 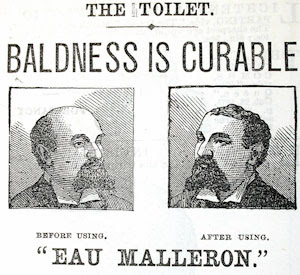 Snake oil salesmen have donned white coats, affixed grandiose titles to their names (awarded by others of their ilk,) and continue to prey on the public's fear of illness and death.

*The examples in this post are but the tiny tip of a very large iceberg of evidence.
at 8:40 AM